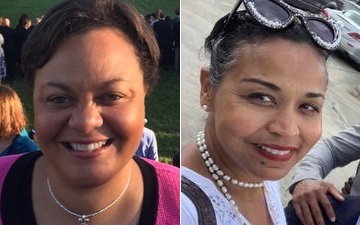 In the final hours of qualifying on Thursday, the already-crowded field of contenders for about a dozen seats representing New Orleans in the state legislature swelled again to nearly 40 candidates — including the entry of three challengers to Sen. Karen Carter Peterson and a fifth candidate for House District 91.

The biggest change to the ballot for many Uptown voters is in Senate District 5, which represents almost all of Uptown except for the Audubon area. Incumbent Sen. Karen Carter Peterson, who was unopposed for most of the qualifying period, drew three challengers on Thursday afternoon, all fellow Democrats: Allen Borne Jr. and “Fox Rich” Richardson of New Orleans, and Ronald Brown Jr. of Metairie.

Borne is an attorney with an office on South Claiborne Avenue, according to his firm’s website. Richardson is an activist in criminal-justice reform who was formerly incarcerated alongside her husband after a botched bank robbery and now works with the Voice of the Experienced, according to her personal website. No campaign or professional website could be located for Brown as of Friday morning.

One of the two open Uptown seats in the House of Representatives, District 91, drew a fifth contender, “Pepper” Bowen Roussel. Roussel is an attorney specializing in food and environmental issues, and director of The Culinaria Center for Food Law, Policy and Culture.

Senate District 9, which is based in Metairie but also represents the Audubon and university areas of Uptown not covered by District 5, drew a second contender, Jon Frankie Hyers, a Republican from Metairie. Hyers will face off against Republican state Rep. Cameron Henry, who is term-limited in his House district.

House District 94, which covers much of Lakeview and part of Mid-City, drew another challenger, Saudia Marcha Broyard, an independent from Mid-City. She joins what was already a competitive three-way race among incumbent Rep. Stephanie Hilferty, who was already facing challenges from fellow Republican Kirk Williamson and Democrat Tammy Savoie.

A complete list of candidates in the contested New Orleans delegation seats follows: