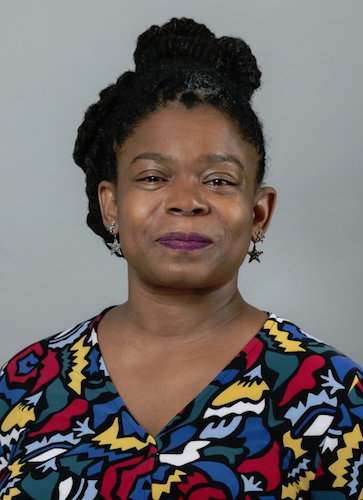 Ashé Cultural Arts Center’s board of directors, Efforts of Grace, has appointed Asali DeVan Ecclesiastes as the new executive director of Ashé. She will take her post Jan. 1, 2020, succeeding founding executive director Carol Bebelle, who will retire from the organization at the end of December.

Ecclesiastes was selected after a rigorous search, said board President Beverly Guillory Andry.  “Ms. Ecclesiastes comes to the organization with vast experience and knowledge in the field of culture and arts, as well as an understanding of its transformational power in the community,” Andry said.

Efforts of Grace is the sponsor of Ashé Cultural Arts Center, a leading community-based cultural arts organization. “Under the leadership of its co-founding director and visionary, Carol Bebelle, the organization has made significant strides in pioneering the turnaround of the historic commercial corridor, Oretha Castle Haley Boulevard,” an Efforts of Grace press release states.

The board has spent the last several months evaluating the internal workings of Ashé, and clarifying the leadership needs for the next phase of the organization’s development. “After interviewing and assessing all the leading candidates for the position, it was apparent that not only is Ecclesiastes deeply passionate about Ashé’s work and assets, she also has a clear vision about how to take the organization forward,” Andry said.

Prior to joining NOLABA, Ecclesiastes served as Claiborne Corridor program manager for the city of New Orleans’ Network for Economic Opportunity. Before her short tenure in government, Ecclesiastes worked as Congo Square coordinator for the New Orleans Jazz and Heritage Festival, artist relations director of authors for Essence Music Festival Empowerment Seminars, and has produced several local neighborhood arts and cultural festivals.

Additionally, she has taught in New Orleans public schools, local universities and prisons. She continues to utilize her spoken-and-written-word talents as a platform for societal change and social justice. She has served as a national and international consultant and speaker concerning policy and practice for equitable community development and arts and culture.

In 2013 and 2017, Ecclesiastes presented a TED talk and was a speaker at the TEDx Women’s Conference. In 2018, she was recognized by the Times-Picayune as one of the 300 most influential citizens in New Orleans in the past 300 years.

Ecclesiastes is a graduate of McMain Magnet High School and Vanderbilt University, where she earned a bachelor’s of science in English literature and secondary education, with minors in African diaspora studies and biology.

“After 20 years of being supported by Ashé as an artist, an arts administrator, and a community development professional,” Ecclesiastes said, “my heart bursts with love for the opportunity to serve this extraordinary institution in the next phase of its evolution.”