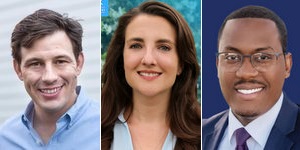 Four more candidates joined the hunt for two open seats representing Uptown New Orleans in the Louisiana state House of Representatives on Tuesday afternoon, bringing the total to 11 contenders for the two positions.

In District 91 — which runs from the Irish Channel through Milan and Broadmoor into Hollygrove and is currently represented by Rep. Walt Leger — John Perry III qualified to run on Tuesday afternoon.

The current field for that seat now stands at four Democrats:

Chiz does not yet appear to have an online presence for his campaign. Freistadt’s campaign website offers little biographical information, but pledges to be the race’s “climate candidate” and promotes policies to create a full transition to clean energy. Zervigon, grandson of civil-rights activist Rosa Keller, is a sculptor and former teacher who has been active in the charter-school movement, serving as the founding board chair of Audubon Charter School and president of the Ben Franklin High School board, his website says.

A total of seven candidates, all Democrats, are now seeking that seat:

The lineup for other seats in the New Orleans delegation remained mostly stable by Wednesday morning. Eugene Green and Durrell Laurent joined the open field for House District 97 in Mid-City and Gentilly, and Adonis Expose’ and Candace Newell qualified to run for open House District 99.