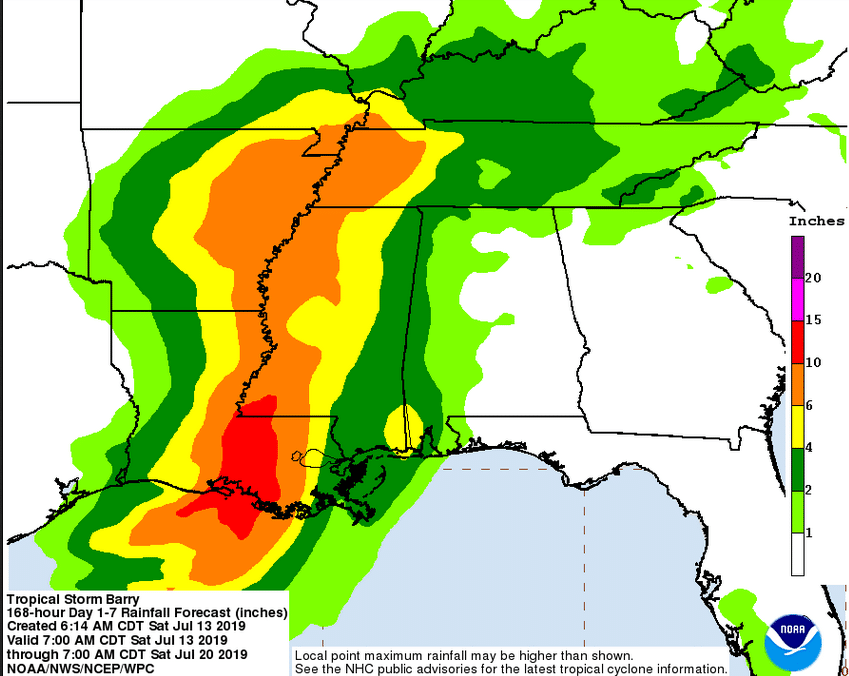 The rain forecast for New Orleans was reduced slightly to about 6 inches. (National Hurricane Center)

Tropical Storm Barry was a “big swath of moisture” about 50 miles from Morgan City at 7 a.m. on Saturday, the National Hurricane Center reported as New Orleanians woke up to mostly calm skies. The slow-moving system was expected to come ashore as a Category 1 hurricane at mid-morning.

Winds were at about 70 miles an hour, below hurricane strength. Regardless of whether Barry remains a tropical storm or becomes a hurricane, water is the main hazard from this storm, forecasters said.

“It’s just an amazing amount of moisture,” NHC Director Ken Graham said at a 7:30 update. “We need to concentrate on the potential for heavy rain.”

During the past three years, 83% of the fatalities in tropical storms have been the result of inland flooding, half of those in vehicles, Graham noted, in a warning to stay off the roads as Barry moves through.

Water levels in the Mississippi River were at 16.65 feet at the Carrollton gauge early Saturday, according to the Army Corps of Engineers. It was forecast to rise to 17 feet with the rains today, safely below the point where the river levees could be overtopped.

Barry is expected to produce total rain accumulations of 10 to 20 inches, but the predictions for the New Orleans area were reduced. A risk of flash flooding remains. 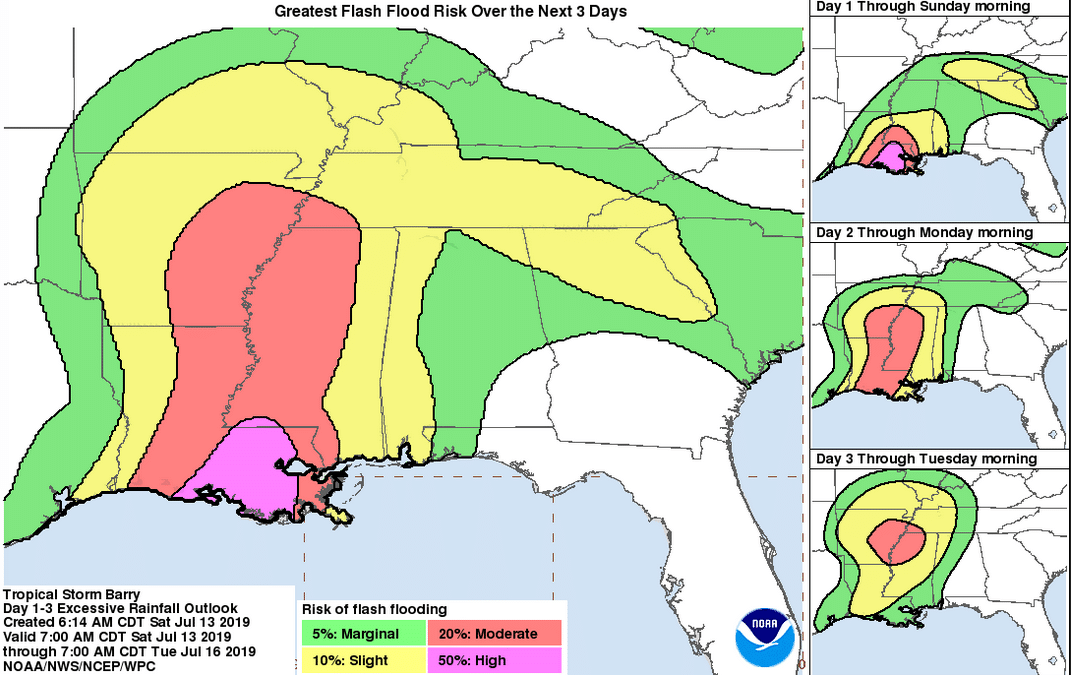