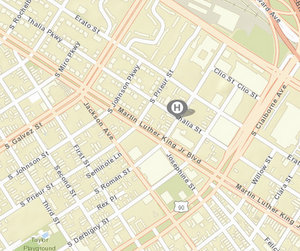 A 12-year-old boy was arrested Wednesday morning after allegedly shooting his mother in the head inside their South Roman Street home, the New Orleans Police Department reported.

The woman, 32, was found unconscious with a gunshot wound to the head shortly after 7 a.m. Wednesday (July 3) at a home in the 1400 block of South Roman Street. She was taken to the hospital and listed in critical condition afterward, police said.

“During the investigation, it was determined that only the victim’s 12-year-old-son and 2-year-old daughter were present inside the residence when the victim was shot,” according to a NOPD news release. “A search warrant of the residence yielded a semi-automatic firearm in the bedroom of the son, along with a single spent casing.”

The boy was arrested on a charge of attempted second-degree murder, the report states.