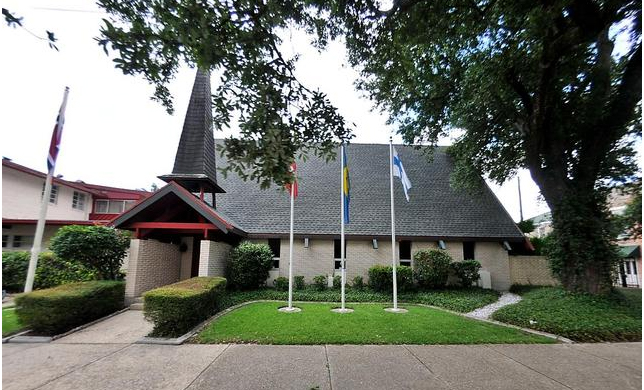 The Scandinavian Jazz Church closed at the end of 2018. (via Orleans Parish Assessor’s Office)

Plans for a wellness center in the former Norwegian Seamen’s Church on Prytania Street won the approval of the City Planning Commission last week, despite a recommendation from the staff planners to deny a required zoning change.

The center is the brainchild of Diana Fisher, Deborah Peters and Kendall Wininger, three sisters who live in the Lower Garden District. “The idea was born out of one sister’s need during a serious illness,” Peters told the City Planning Commission. “Her treatment required her to drive around town seeking help from different practitioners.” 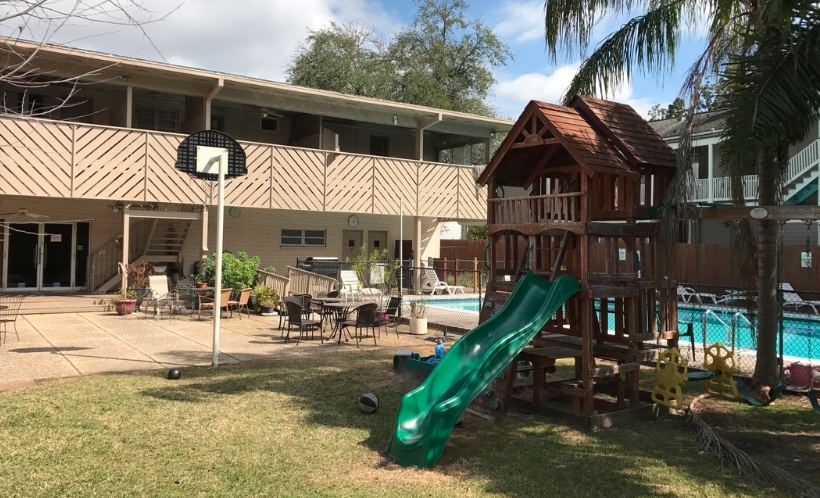 The pool would be integrated into the wellness center. (via www.jazzchurch.us)

They came up with a plan to bring medical practitioners and wellness activities together in one place to better promote healing. When the church, renamed the Scandinavian Jazz Church and Cultural Center after it lost its funding from the Norwegian government, closed at the end of 2018 and the property went on the market, the sisters decided it was the perfect spot for their venture.

“When this property became available, we were so pleased with how well it was laid out for our idea,” Peters aid. “The facility will be historically restored with minimal changes to the exterior.”

The buildings that once housed Norwegian sailors while in port will be offices for physicians and therapists, Peters said. The pool would be put to use for classes, water aerobics and private swimming.

Yoga and dance classes are planned for the chapel, and the church’s common areas would house a health club. There are also plans to turn the kitchen into a carryout restaurant with healthy fare such as smoothies, fresh juices and salads.

Yoga and dance classes would be held in the former Lutheran church’s chapel. (via Facebook)

The concept was mostly well-received at a Neighborhood Participation Program meeting and won the unanimous approval of the Lower Garden District Association board.

The Planning Commission staff, however, was less enthusiastic. The owners are asking for a zoning change to Historic Urban Neighborhood Mixed-Use District designation, allowing for commercial use. Plus the city requires a conditional use permit because of the property’s size, totaling 13,500 square feet.

Rezoning, staff members determined, is not the best protection for the property’s landmark status, recently granted by the city’s Historic District Landmark Commission.

CPC staff also said the zoning designation was designed for commercial uses that serve the neighborhood, and the wellness center, especially its medical clinic component, would draw people from all across the city, clogging the streets and filling parking spaces. It is not a project designed to benefit the neighborhood, the planners determined.

Ryan Kropog, president of the Lower Garden District Association, told the CPC that residents welcome the idea of a wellness center in the neighborhood and the association is not concerned about the impact. The medical clinic would primarily be open when most neighbors are at work, and having a health club within walking distance would benefit the community, he said.

Kropog and other neighbors expressed concern over what would happen to the property if the owners’ request was denied. Some saw its potential for tourist accommodations as troubling.

“I think the context of this request is important,” Kropog said. “Repurposing these old churches is really tricky, particularly in this case because we are an HDLC district and because the property has been landmarked. So whatever new tenant comes in here will have to operate within the property as is.

“So if it’s not this request, what would it be? Having an empty property of this size isn’t really great for progress.”

The impact on parking was brought up as a concern at the neighborhood meeting in April and at the association board meeting. Before the commission’s vote, CPC Chairman Robert Steeg addressed it again.

The owners’ land-use attorney Avery Foret told the commission they recently counted 72 spaces within one block of the former church. “That being said,” she added, “we’ve also worked through various options.” What those options are was not made clear.

The rezoning and conditional use requests were approved unanimously. The proposal must now be approved by the City Council before moving forward.