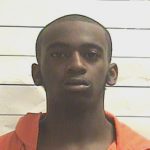 Five suspects linked to a wave of armed carjackings and other violent crimes have been taken into custody by New Orleans police, Superintendent Shaun Ferguson announced Wednesday.

Cornell Sparkman, 18, and a juvenile, 16, face charges in multiple armed carjackings and shootings. Sparkman, the 16-year-old and a 15-year-old are also linked to a triple shooting in Hollygrove.  A third juvenile, 17, faces a single charge in one of the carjackings. 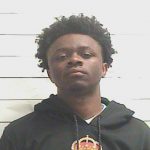 In addition to this group, Theron Glover, 18, was identified as the suspect in a quadruple shooting that occurred on May 13 at South Saratoga and Fourth streets in Central City.

Glover had been arrested in connection with more than 80 auto burglaries in the 1st and 3rd NOPD districts. In all, police have connected Glover to a total of 105 charges dating back to Feb. 7.

The three teens were picked up soon after a Maserati was carjacked at gunpoint from Short and Edinburgh streets, where its owner was at a stop sign. They had arrived at the Gert Town corner in a white Acura stolen May 21 from Cadiz and South Robertson streets.

Police have also connected Sparkman to a 7th Ward shooting on the same day he was arrested in Gert Town. According to a police report, gunfire erupted from a white SUV that had pulled up to man in the 1900 block of North Rocheblave Street. The man, 42, was injured in the hand.

One of the carjackings and a shooting took place Uptown on May 17. Before noon on that day, a woman’s Jeep Laredo was taken at gunpoint on Liberty Street in the Milan neighborhood. Sparkman and the 16-year-old are also accused in a May 17 carjacking in New Orleans East. In that incident, a black Toyota Tundra was stolen by two armed men.

At about 6 p.m. that evening, three teens were injured in drive-by shooting involving a black Toyota Tundra on Forshey and Hollygrove streets. Sparkman, the 16-year-old and a 15-year-old face charges in the shooting. The Hollygrove teens were targeted over an Instagram post that had angered Sparkman, according to a NOLA.com | The Times-Picayune report by Olivia Prentzel.

The black Toyota pickup also shows up in video footage taken May 21 after the white Acura was stolen at gunpoint in the Freret neighborhood. Sparkman and the 16-year-old face charges in that carjacking and an attempted carjacking earlier that day on Willow Street near Ursuline Academy.

In October 2018, Sparkman pleaded guilty to charges that included assault and resisting an officer, court records show. He received a suspended sentence and two years’ probation, which included an order prohibiting him from possessing a firearm during his probation.

The 15-year-old, who was arrested during the investigation into the carjackings and shootings, faces six charges, including four counts of attempted murder. Police say he took part in May 10 and May 17 shootings in Hollygrove.

“This investigation, leading to these arrests, is a testament to the hard work and dedication of the men and women of the NOPD working around the clock to hold violent and repeat offenders accountable for their criminal actions,” Ferguson said.

These efforts are the result of a collaborative investigation by units from the 1st, 2nd, 3rd, 5th, 6th and 7th districts. The crimes were committed in areas around the city from Uptown to New Orleans East.