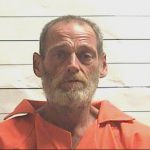 A man accused of bludgeoning another man to death with a rock outside a Jackson Avenue church in February has been indicted for muder, District Attorney Leon Cannizzaro’s office announced Thursday.

Robert Froeba was charged with obstruction of justice in a homicide investigation and with the second-degree murder of 30-year-old Jose Hernandez in the two-count indictment handed up by an Orleans Parish grand jury.

Froeba, 50, faces a mandatory lifetime prison sentence if convicted of the murder, and up to 40 years if found guilty of the obstruction count.

New Orleans police said Hernandez was found dead around 8:20 a.m. on Feb. 27. He was pronounced dead at the scene from head trauma, with a large rock left near his body outside the front porch of the St. Thomas Baptist Church in the 2900 block of Jackson Avenue, in the Hoffman Triangle neighborhood.