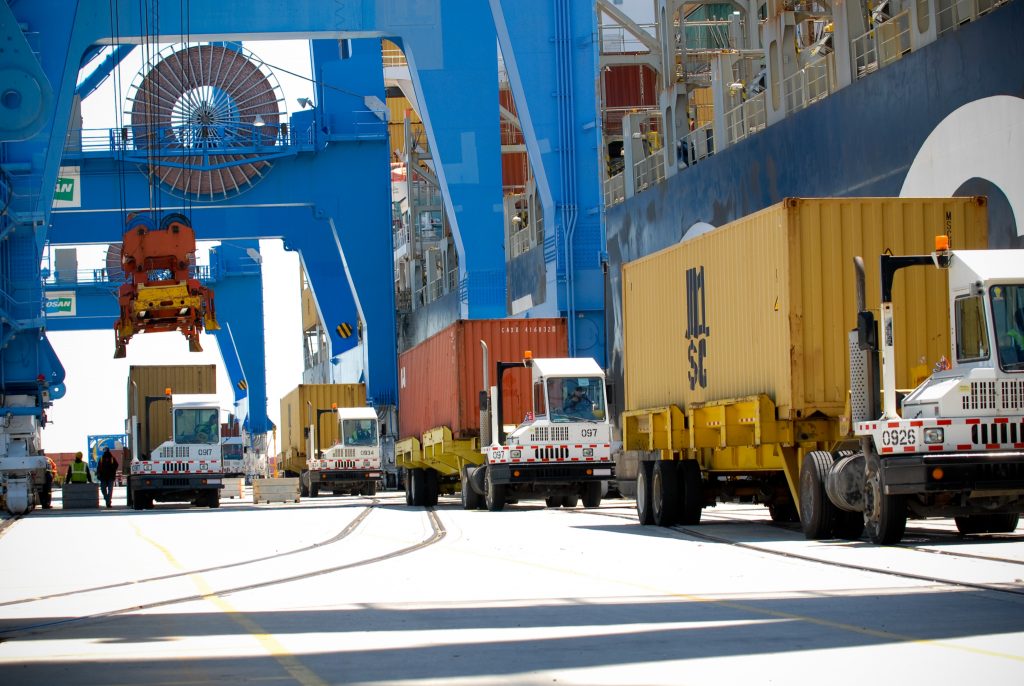 The Port of New Orleans and Regional Planning Commission today will introduce new plug-in hybrid electric trucks to its electric vehicle fleet. The new trucks are part of an overall effort to reduce emissions at the multi-billion-dollar multimodal gateway for international trade.

The Port is celebrating their arrival today with a ribbon-cutting ceremony at its headquarters, 1350 Port of New Orleans Place, at 2 p.m.

The Port has been conducting a broader Clean Air Program. It launched the Clean Truck Replacement Incentive Program, or Clean TRIP, in 2016, offering incentives for voluntary replacement of drayage trucks that service cargo terminals and warehouses along the Mississippi River and the Inner Harbor.

In its first two years, 40 short-haul drayage trucks were replaced with cleaner burning engines, reducing fine particulate emissions from these trucks by 96 percent, which is equal to taking 35,000 cars off the road, according to Port press release.

This program is made possible with funding by the U.S. Environmental Protection Agency and the Louisiana Department of Environmental Quality. The Port of New Orleans received competitive grants to provide truck replacement rebates.

Truck owners could voluntarily improve air quality by replacing old diesel cargo trucks with new, cleaner-burning models. The cost-share program allowed eligible truck owners to receive up to $35,000 or half the cost of a new truck toward the replacement.

“Truck drivers play a vital role in the international supply chain and we’re proud of the positive impact the Clean TRIP program has had on the environment as well as on the Port’s trucking community,” said Brandy D. Christian, President, and CEO of the Port of New Orleans, when he accepted the 2018 Environmental Leadership Award from the Louisiana Department of Environmental Quality for the program. “Clean TRIP also supports a community dialogue around air quality and health benefits.”

Trains as well as trucks are part of the Port’s transportation system. In April, the Port of New Orleans and project partner, the New Orleans Public Belt Railroad, were awarded a National Clean Diesel Funding grant from the U.S. Environmental Protection Agency. NOPB transitioned from the city of New Orleans to Port leadership on Feb. 1, 2018.

The EPA grant will provide 40 percent of total project cost, allowing NOPB to retrofit the engine of a conventional diesel locomotive to a cleaner engine with low emissions beyond current requirements. This will be the first locomotive of its kind in the New Orleans gateway, according to an April press release.

The application for funding was supported by an extensive list of community groups, city officials, as well as member of the Louisiana congressional delegation, including Sen. Bill Cassidy, Sen. John Kennedy, Rep. Cedric Richmond, and Rep. Steve Scalise.

The port is a major economic force in New Orleans, according to a study conducted by the LSU Economics & Policy Research Group and JLL Ports, Airports and Global Infrastructure. Researchers found the Port of New Orleans creates and supports more than 119,500 jobs and $29.8 billion of economic output nationwide.

In 2018, a total of 591,253 20-foot-equivalent units moved through the Napoleon Avenue Container Terminal, the study found.