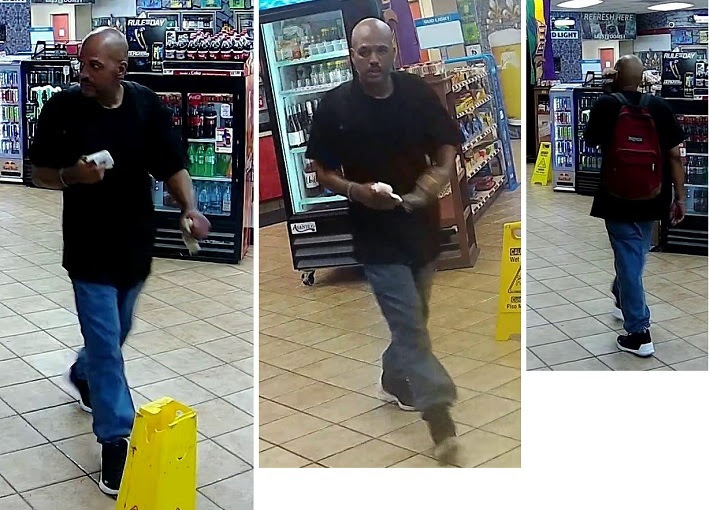 New Orleans police are seeking to locate and identify a suspect in the investigation of an attempted auto theft that occurred on June 5 in the 5300 block of Tchoupitoulas Street.

At about 7:40 p.m., the victim reportedly observed the man pictured above sitting in the driver’s seat of her vehicle. The victim quickly approached him and allegedly observed him attempting to place her keys into the ignition. When confronted by the victim, he reportedly fled the area on a white bicycle.

Security footage from a nearby gas station revealed that the suspect entered the store shortly before attempting the auto theft.

Anyone with additional information on this incident or the pictured subject is asked to contact NOPD Second District detectives at 504-658-6020 or to call anonymously to Crimestoppers at 504-822-1111.