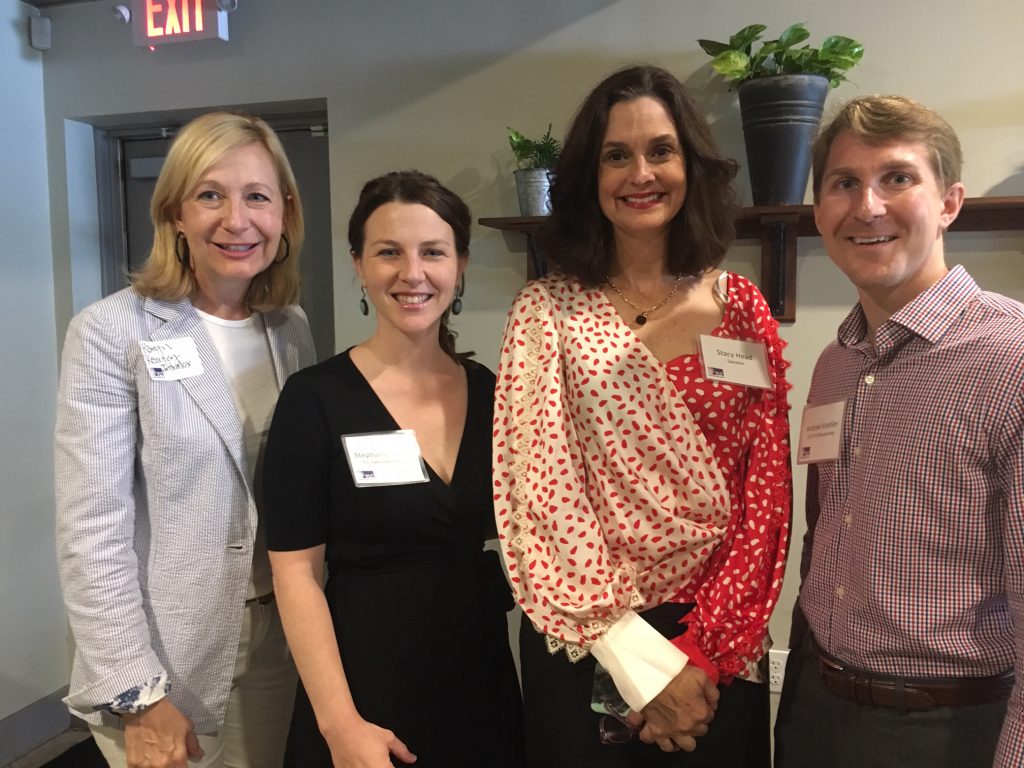 In a recent speech to the Young Leadership Council, former City Council President Stacy Head told members that they had the ability to change the outcome of public issues by becoming engaged.

“The impact of civic engagement in government absolutely matters,” said Head. “You can’t sit back. Get out and do good.”

Head remembers numerous occasions when decisions by council members were swayed by an outpouring of phone calls, emails, text messages and one-on-one conversations. When advocates for or against a particular issue would fill the council chambers, Head could often feel the emotional change. She encouraged YLC attendees to press the mayor and the City Council to do the best possible job of governing.

One of the areas where Head believes she made the greatest impact was in breathing new life into  New Orleans residential and commercial areas. “Citizens can transform a neighborhood,” Head said.

Through strategic, persistent and well-organized advocacy, long-standing neighborhood issues like blighted housing can be resolved. Just as Freret Street blossomed after Hurricane Katrina, Head considers LaSalle Street around the Dew Drop Inn as the next “hot” area for redevelopment.

“The current City Council has been doing a great job. Mayor Cantrell has also made great strides, especially in tax fairness,” said Head who has been focusing on her family and real estate interests since she left office last year.

In today’s high-tech world it is relatively easy to become a citizen advocate. This was not the case a century ago. June 4 marked the 100th anniversary of women getting the right to vote.  African-Americans, especially women, suffered from Jim Crow laws and overall minority voter suppression until the 1965 Voting Rights Act was passed. Native Americans were not even considered citizens until 1924.

Since 2010, 25 states with mostly Republican-dominated legislatures have introduced laws that tighten access to voting, according to The New York Times.

One of the few bright spots is Louisiana’s recent move to allow voting privileges for individuals who have been out of prison for five years or more.  The NFL Foundation awarded a $100,000 grant to the New Orleans’ based social justice nonprofit VOTE (Voice of the Experienced) yesterday that will be used to push voter registration for the formerly incarcerated statewide. Already more than 30,000 formerly incarcerated individuals have registered to vote.

Having the right to vote is the first step in building a system of government in which all Americans can be proud. It sets the stage for citizen advocacy and the public debate that defines the issues that shape our lives. Our democracy works best when every citizen can participate. “A vigorous democracy is the only check against the inertia of power. It is the best way to call forth the power, the potential, and the genius of a people around the challenges and opportunities we face,” O’Rourke said.

DID GOVERNOR EDWARDS MAKE THE WRONG DECISION WHEN HE SIGNED SB 154?

Council members Helena Moreno and Jason Williams are just two of the many Louisiana citizens scratching their heads over Gov. John Bel Edwards’ decision to sign SB 154, which bans abortions as early as six week without regard for victims of rape or incest.  They authored a resolution on today’s council agenda condemning the legislation.

Voters will cast their ballots in November to determine if the new law will become part of the Louisiana constitution. Statistics show that one in four women will have an abortion during their lifetime. These stats undoubtedly include many otherwise- conservative women who encouraged their elected officials to support the bill.

Edwards could have used the lack of exception for rape or incest victims as a reason not to sign the bill.  He could have asked its authors to hold the bill back until a non-election year. But Edwards apparently wanted to sign the legislation. Perhaps he believed more conservatives would vote for him if he signed it. Perhaps Edwards thought progressives and liberals would still support him because of his thoughtful leadership on other issues.

Edwards is lucky the election for governor is months away. Ardent pro-choice advocates may calm down during that period or may become angrier as the campaign to enshrine the fetal heartbeat language into the State Constitution heats up. Expect at least some of them to skip voting in the governor’s race. The Edwards family exercised their right to choose. Too bad they won’t extend that same right to other families.

State Sen. J.P. Morrell and state Rep. Walt Leger will be providing a legislative wrap-up to members of the New Orleans Chamber of Commerce on Wednesday, June 12, at the Marriott Hotel. Although both are term-limited, Morrell and Leger have played a crucial role in shepherding dozens of pieces of legislation that have benefited metro New Orleans and the state. Their unwavering commitment to public service will long be remembered.

FUNDRAISER WITH DANICA ROEM POSTPONED DUE TO INCLEMENT WEATHER

Virginia state Rep. Danica Roem, the nation’s first openly transgender state elected official, cancelled a planned appearance at Dr. Marc Behar’s home in New Orleans tonight because of potential inclement weather. A role model and trailblazer, Roem has been instrumental in passing Medicaid expansion, raising teacher pay and further funding infrastructure projects in her district. She is up for re-election in the fall. Roem’s visit will be rescheduled.