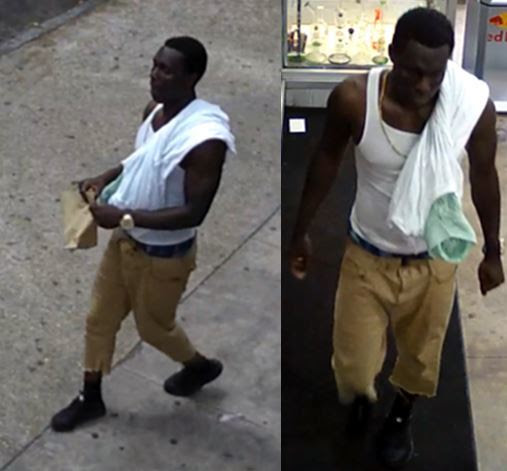 The New Orleans Police Department has issued a photo, seen above, of a suspect in the robbery of $10,000 from a car in Central City.

The incident occurred on May 1 in the 1800 block of Washington Avenue. The victim parked her vehicle to retrieve a lockbox from her trunk, which contained cash. The victim then placed the lockbox in the rear driver side passenger seat to add additional currency into the lockbox.

At that time, a man entered the front passenger seat of her vehicle. The victim attempted to hide the box when the subject reach back and grabbed the box from the back seat. The victim and subject struggled over the lockbox.

The man seized the box he fled down Washington Avenue to Dryades Street. The lockbox contained approximately $10,000 in cash.

Anyone with information on this incident or the identity and whereabouts of the wanted subject is asked to contact Sixth District detectives at 504-658-6060 or call Crimestoppers anonymously at 504-822-1111 and toll-free at 877-903-7867.