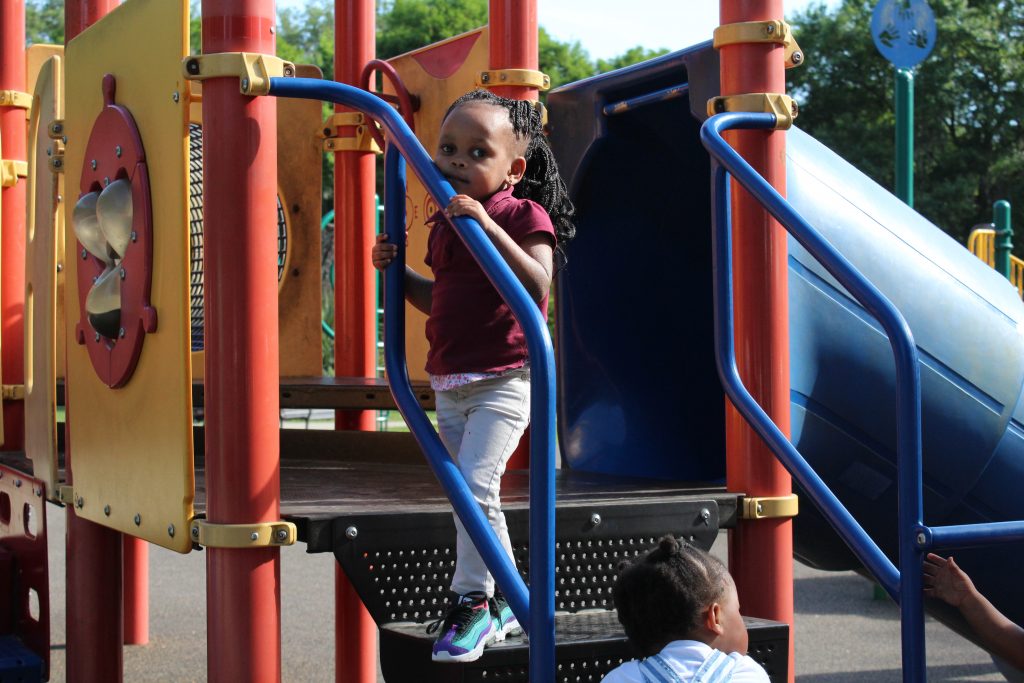 New Orleanians will decide the fate Saturday of a city proposal to redistribute parks and recreation funds. And while many city residents might gloss over the plan’s fine print, involved parks and rec organizations say the proposal is an effort to improve the quality of life of New Orleans residents.

“It’s vital, and it’s no fluff,” said Ann Mcdonald, director of the city’s Department of Parks and Parkways.

Parks and Parkways is one of four parks and recreation organizations in the city that have an interest in seeing the millage proposal pass.

The proposal, if passed May 4, would take the 6.31 mills of taxpayer dollars that are currently divided between Audubon Nature Institute, New Orleans Recreation Development Commission and the Department of Parks and Parkways, and redistribute that money more evenly between four organizations: Audubon, the development commission, Parks and Parkways, and City Park. And each organization already has an outline for how those funds would be spent.

Under the proposed plan, Mcdonald said, Parks and Parkways would see its millage increase from 1.5 mills to 1.8 mills — a $1 million raise annually.

“We would use that money to hire two additional grounds maintenance crews, a forestry crew and the equipment associated with those crews,” Mcdonald said. “We don’t have room for any real fluff projects. This money is going to staff and equipment for public green space maintenance directly.”

She added that the new hires would add about 12 people to her organization’s current payroll of 151 employees. 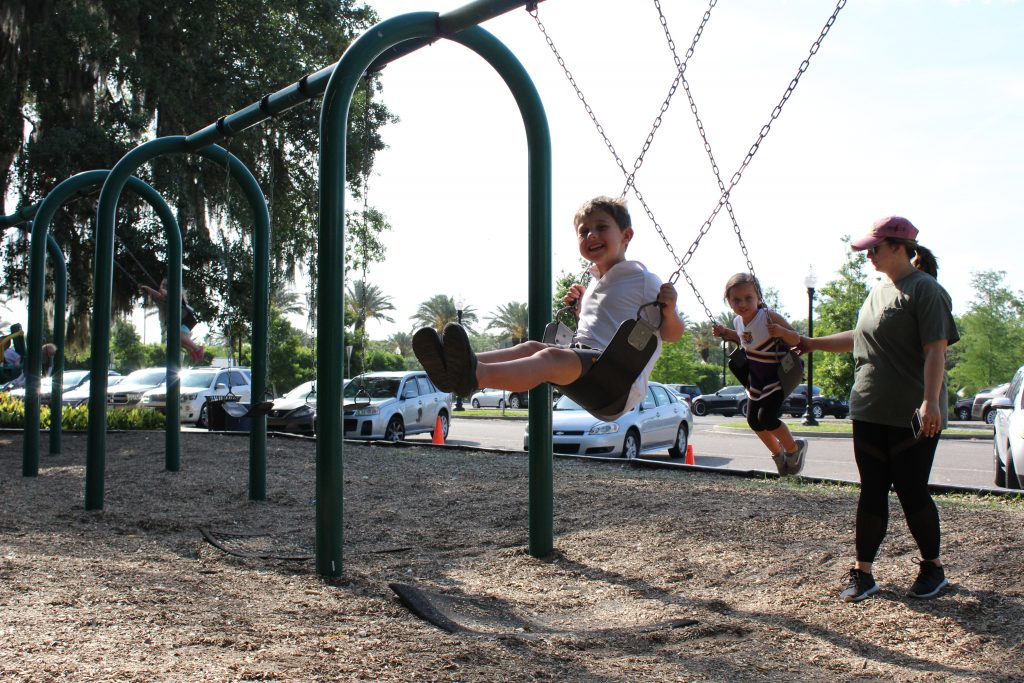 For City Park, the approved plan would mark the first time in the park’s 165-year history that it would receive public funding from the city — something Bob Becker, City Park CEO, said is “long, long, long overdue.”

City Park would receive 0.61 mills of New Orleans’ taxpayer money each year for 20 years — about $2 million annually — if the tax proposal were to pass.

“We will spend approximately half of the money — half of the $2 million that’s estimated we would get — just on investment in the park’s infrastructure,” Becker said. “And that’s the big things – that’s sewer, water, drainage, the roads, the bridges. Much of the infrastructure in the park was built by the (Works Progress Administration) in the 1930s and needs to be replaced.”

About one-third of the remaining $1 million, Becker added, would go toward increasing park security.

“We currently do not provide 24/7 security coverage of the park, and we’d like to do that,” Becker said. “And we’d like to participate in the city’s crime camera program, so that we can put up cameras at strategic locations in the park.”

After security and infrastructure investments, Becker said, remaining funds would go toward establishing an equipment replacement program and a City Park programming department.

“We have lots of facilities and lots of visitors, but we don’t really do programs,” he added. “All the great public parks do programming.”

Becker said City Park wants to reach out to AARP to institute programming for New Orleans’ senior citizens. He also hopes to provide further programming for children – “this could be from teaching nutrition to having the facilities to support different kinds of athletic competitions.” And he’d like to encourage programming for kids with special needs.

“For instance, during Christmas time, we provide our amusement park for kids from St. Michael’s school and other places that have special needs,” Becker said. “And we want more of that kind of programing that would allow us to do that.”

With its millage increase under the proposed tax plan, the New Orleans Recreation Development Commission might have similar programming plans in store. The recreation development commission currently receives 1.5 mills, or $4.95 million, of taxpayer funds. Under the new plan, their yearly allowance from the city would increase to 1.95 mills, or $6.59 million.

But programming isn’t the only thing on NORD’s wish list. Barabino said the commission hopes to purchase an aerial bucket truck that would be used to repair high-mast ball-field lights.

“Right now, we’re borrowing City Park’s bucket truck because we don’t own one,” Barabino said. “That’s something we’d also like to purchase.”

Remaining millage funds, Barabino noted, would be directed toward facility maintenance and upkeep.

“We have to continue to maintain those facilities because we have thousands of constituents using our facilities on a daily basis,” he said. 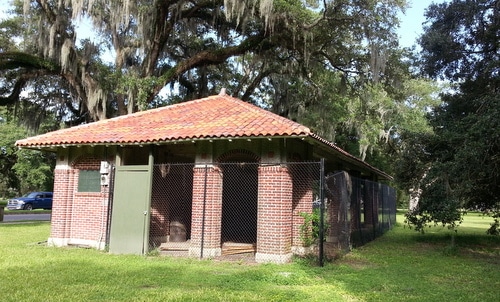 Shelter 13 near Magazine Street at Audubon Park is fenced in and unused in 2016. (Robert Morris, UptownMessenger.com file photo)

Under the proposed millage reallocation plan, Audubon would be the only parks organization to see a cut in its funding from taxpayers. It would, however, receive the same amount of city funding as NORDC – 1.95 mills, or $6.59 million annually.

According to Rebecca Dietz, executive vice president of public affairs and general counsel for the Audubon Nature Institute, the proposed millage would allow Audubon to use public funds to maintain its public parks – areas it has not been able to devote public funding to thus far. Audubon does currently receive millage from the city, but its current millage can only be used for maintenance and capital improvements at Audubon Zoo and Audubon Aquarium and its related facilities.

“What we can’t use those millage funds for, is in our public parks spaces, such as Audubon Park; the Louisiana Nature Center in New Orleans East; the (Audubon) Wilderness Park, which is in Algiers. Millage funds currently are not used to operate and maintain those facilities,” Dietz said. “(The proposed plan) would allow us to put millage funding directly into the parks.”

Dietz said the Audubon Commission has a detailed plan for how it would divvy up its millage allocation. Highlights of that plan include conservation education programs, habitat maintenance and trail restoration at its Louisiana Nature Center. The commission would also begin executing its Audubon Park Master Plan, which would include drainage improvements, erosion control and development of a comprehensive storm water management system in the Uptown park.

Other capital improvements — such as putting up newer signage in all parks, erecting additional park benches in certain areas and improving lighting at The Riverview, also known as “The Fly” — would also be on the horizon if the millage proposal were approved.

But Dietz said the potential for increased flexibility in spending was only part of the motivation for Audubon supporting the new tax proposal. She said the proposal also provided the opportunity for Audubon to be seen as a partner to the other parks operators.

And as far as Barabino is concerned, the parks organizations are all in it together.

“We’re definitely on the same team,” he said. “We’re interconnected.” 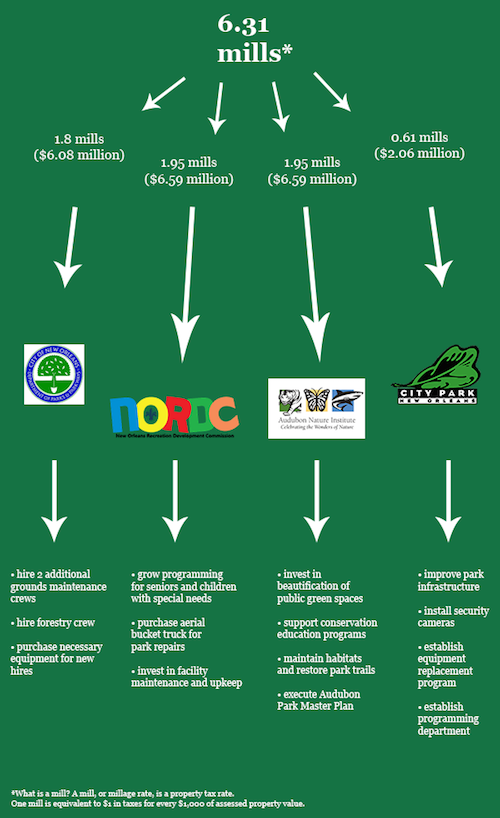