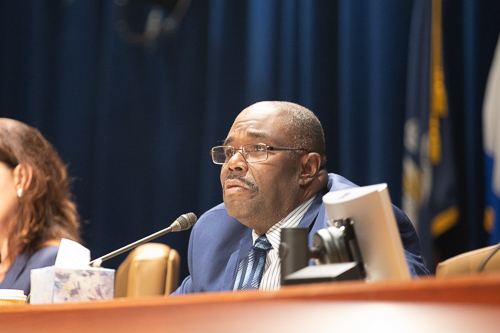 The city’s overhaul of short-term rental regulations, passed by the City Council on Thursday, will restrict the tourist accommodations in residential areas. In the Garden District, however, they will be completely banned, with the passage of an amendment to the sweeping regulations.

The City Planning Commission had opposed the Garden District ban, stating that it gives preferential treatment to one historic district over others. The commission staff also pointed out that there are very few STR licenses in the Garden District, making a ban superfluous.

A ban on bed-and-breakfast operations was in place for decades in the district, until it was lifted by the short-term rental ordinance adopted two years ago. Speakers at Thursday’s hearing overwhelmingly supported bringing back the prohibition.

“The ban on bed-and-breakfasts and short-term rentals did not end all attempts to operate them,” said Garden District resident Janet Howard, “but it did provide the neighborhood association with a critical tool to challenge them.”

The low number of STRs shows the tool worked, she said. “Yet the Planning Commission cites the success of the ban as the reason it isn’t necessary,” she said. “This is either ironic or obtuse. Without the ban, the neighborhood would be quite a different place.”

The district was listed on the National Registration of Historic Places in 1972 and declared a National Historic Landmark in 1974. It’s also primarily a residential area, and it’s the combination of those two qualities, making it a historic landmark that people live in, that attracts tourists, speakers noted.

A 78-block area with 1,100 structures and 4,000 residents, the district attracts about 5 million visitors a year, according to data from the Garden District Association.

“It’s almost Disney-like at this point with so many tourists coming,” said Shelley Landrieu, the Garden District Association’s executive director. “We have the water man, the Jello-shot man, the tutu lady in the cemetery, the Spider Man, all these people giving tours. It’s bus after bus after bus leaving thousands of tourists in the neighborhood.

“While we love the tourists, we hope that it doesn’t turn into an all-night type of thing.”

STRs are also banned in the French Quarter except in the Bourbon Street entertainment strip. The Garden District STR ban was considered in tandem with a more controversial issue of whether to open an area of the upper French Quarter area on Decatur and North Peter streets, where House of Blues is located, to short-term rentals.

The expansion proposed by the City Planning Commission was ultimately blocked with a 4-3 vote, but not after deeply divided testimony from Quarter residents and from council members.

In the Garden District, no such controversy could be detected. District B Councilman Jay Banks, who proposed the amendment, said he heard from hundreds of Garden District residents who backed a short-term rental ban and only two who opposed it. “For me,” he said, “the math is simple.”