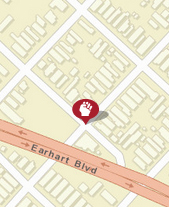 Responding to a report Monday at 10:15 p.m. that a man was shot in the 8800 block of Fig Street, police found the wounded 32-year-old man on the sidewalk.

He was taken to a local hospital, where he was listed in critical condition.