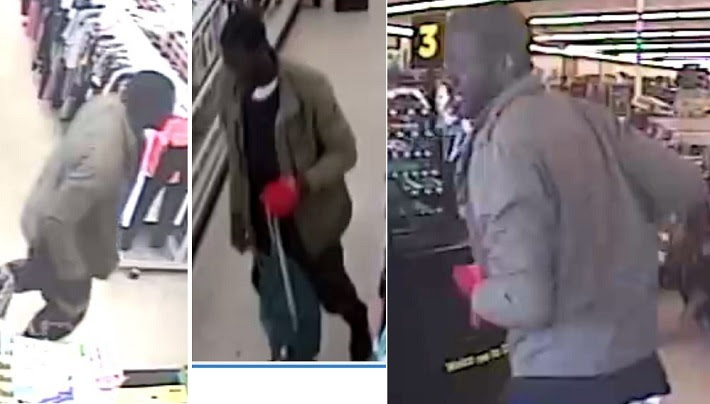 The New Orleans Police Department is seeking to identify and locate a subject believed to be responsible for a robbery that occurred in the 8200 block of Earhart Boulevard on April 19.

At about 11 a.m., the man shown above entered a Dollar General, pulled a black bag from his pocket, and proceeded to place T-shirts and earbud-style headphones in it, the police report stated.

A female store employee confronted the subject and told him to stop. The employee was able to grab the bag from his grasp and walk away.

As she moved toward the rear of the store, the subject allegedly followed and grabbed the employee and the bag and began to pull away. The employee was reportedly pulled to the ground and dragged about 5 feet before she released the bag.

The assailant fled the store with the bag on Earhart Boulevard toward South Carrollton Avenue. He is believed to frequent the area.

Anyone with information regarding this incident or the pictured subject is asked to contact NOPD Second District detectives at 504-658-6020, or to call anonymously to Crimestoppers at 504-822-1111 or toll-free at 877-903-STOP.