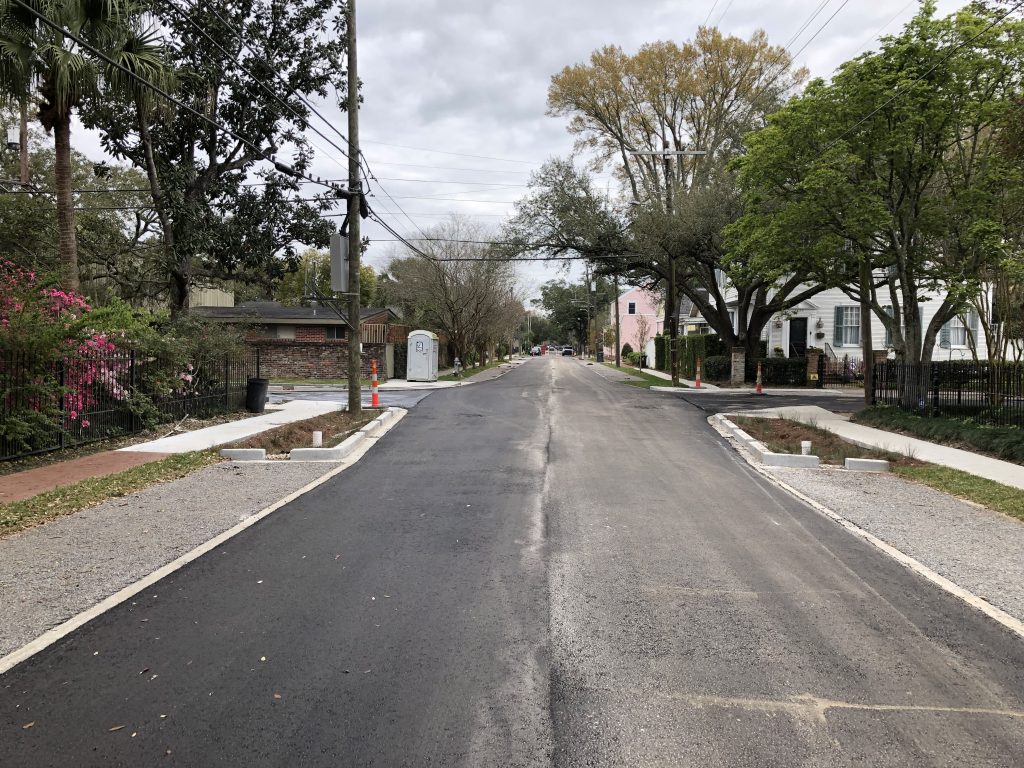 Cherokee Street between Benjamin and Pearl streets. (via roadwork.nola.gov)

The city’s Department of Public Works, in conjunction with the Sewerage & Water Board of New Orleans, announced it has substantially completed the infrastructure improvement project on Cherokee Street between Benjamin and Pearl streets. The work began in June 2018.

The project was designed by Professional Engineering Consultants Corp. and built by Fleming Construction Co.