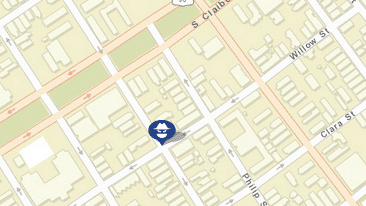 The 44-year-old woman was approached from behind on Willow and First streets at 4:06 a.m. on March 25, the police report said. The armed man grabbed her in bear hug and took $20 before fleeing.

The suspect is described as a black man, about 5 foot 10 inches and stocky, with flat-top haircut and wearing a dark hoodie.