With a 20 percent chance of rain, there’s a chance the Krewe of Iris’ special relationship with the goddess of the skies will keep riders and revelers dry along the parade route today. The National Weather Service on Friday also predicted a high near 75 and a calm wind, meaning the throws will fly freely toward their intended targets. 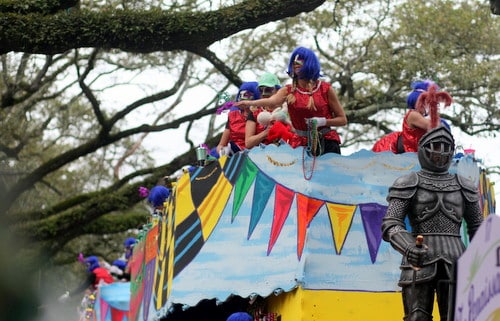 The Krewe of Iris rolls on St. Charles Avenue in 2018. (Robert Morris, UptownMessenger.com) 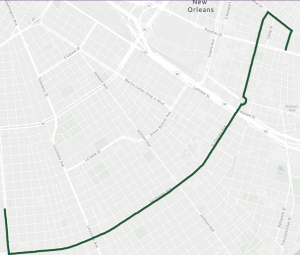 The Krewe of Iris, the city’s oldest all-female krewe, is stronger than ever at 102 — boasting the largest ridership in Carnival history. Named for the goddess of the rainbow and the sky, Iris shines over the final Carnival weekend. Its 34 floats will roll with the theme “Iris Through a Child’s Eyes.” Try to catch a pair of hand-decorated sunglasses, the krewe’s signature throw.

Start: 11 a.m. at Napoleon Avenue and South Saratoga Street
The parade turns left from Napoleon onto St. Charles Avenue and follows the traditional route through Uptown and the CBD.
End: Tchoupitoulas Street and Poydras Street 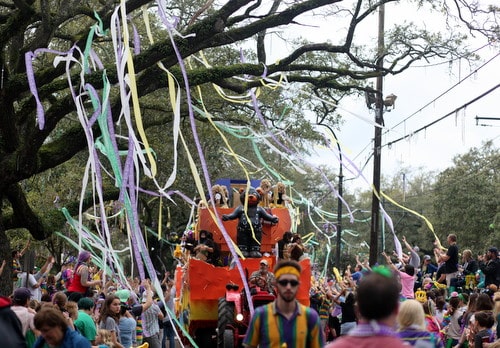 The lovely oak branches that had just moments earlier draped over the Iris parade were gloriously defiled with multi-colored toilet paper after the first few Krewe of Tucks floats passed. (Robert Morris, UptownMessenger.com) 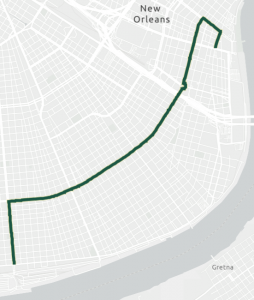 Known for its irreverence, the Krewe of Tucks takes its name from Friar Tucks, the Uptown pub where two Loyola students came up with the idea for the krewe. Its first parade in 1969 was a procession of pickup trucks. Tucks has grown in size and stature but has not lost its sense of humor. Watch for signature floats such as the King’s Throne, featuring a giant toilet; Ye Royal Bath, with a slide into a giant hot-tub; and Ye Funky Tucks, a three-float tandem with cage dancers. Signature throws include plungers and toilet brushes decorated by Magnolia School students. The theme for 2019 is “Tucks Gets Sick.”