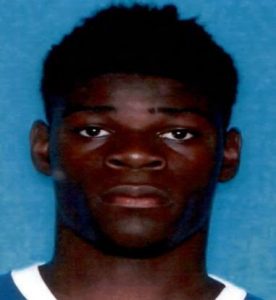 NOPD arrested a teen last week on the parade route for armed robbery and carrying a firearm on a parade route.

On Wednesday, Feb. 27, about 8:17 p.m. Seventh District officers patroling the parade route at St. Charles Avenue and St. Mary Street saw a man known to be wanted by the Second District for an armed robbery that occurred on Jan. 25 in the 2600 block of Delachaise Street.

Police ordered Corey Brown, 19, to stop, but he attempted to flee. When officers attempted to detain Brown a physical struggle ensued. During the struggle, Brown began reaching into the front area of his waistband in an attempt to retrieve a handgun, police said.

Brown’s hands were secured in handcuffs, at which time a .45 caliber handgun was removed from his pants leg.