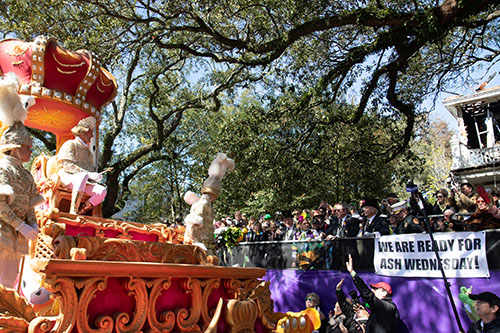 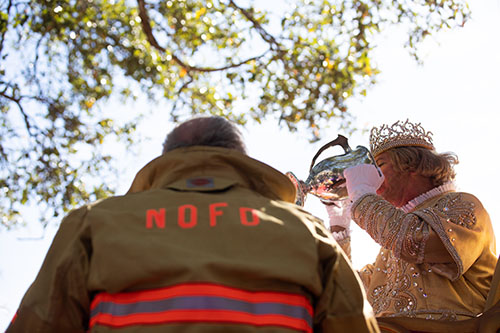 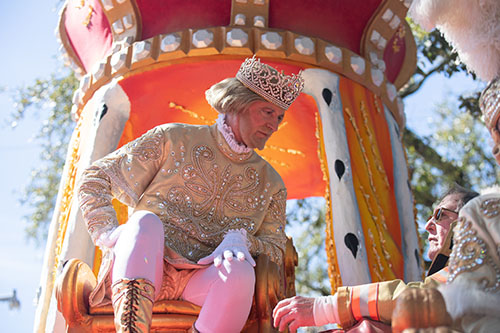 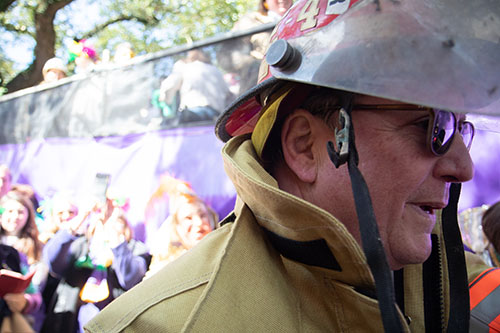 Billy Grace, a former Rex, is given a fire jacket and hat before a toast with Rex. Grace and his wife, Anne Montgomery Grace, rescued Anne’s mother from the mansion after it caught fire in February. (Zach Brien, UptownMessenger.com) 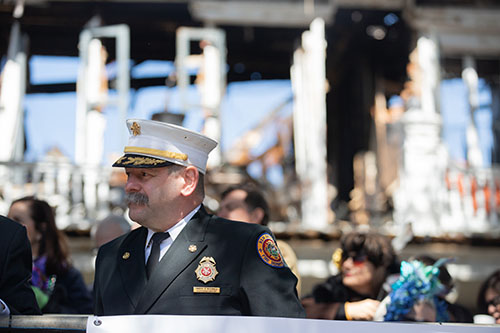 New Orleans fire chief Tim McConnell awaits Rex in the stands placed outside of the Morris-Downman House, which fell victim to a seven-alarm fire in February. The fire damaged a home that was home to multiple kings and queens of Carnival and held artifacts of Mardi Gras history. (Zach Brien, UptownMessenger.com) 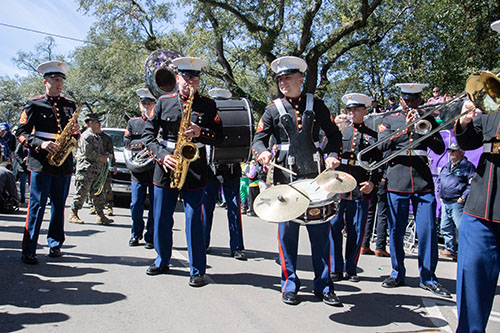