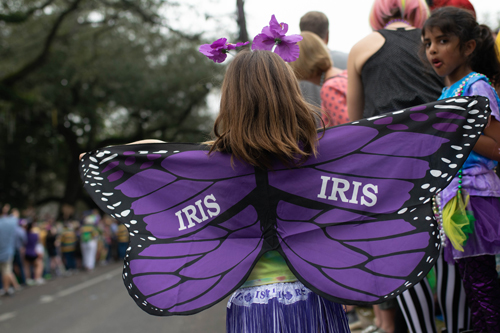 On Saturday morning (March 2), the Krewe of Iris gave a look “through a child’s eyes.” Detailed, extravagant floats were decorated to center around the theme of nostalgic characters. Despite talks of potential showers, the rain held up for all 33 floats. 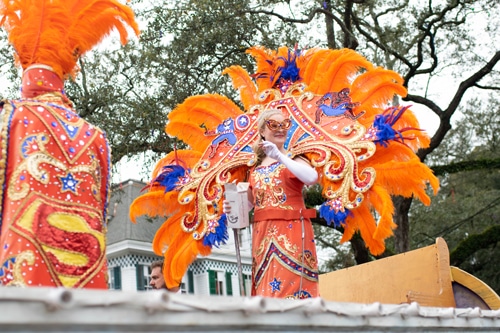 The Royal Court rolls to lead the Krewe of Iris. 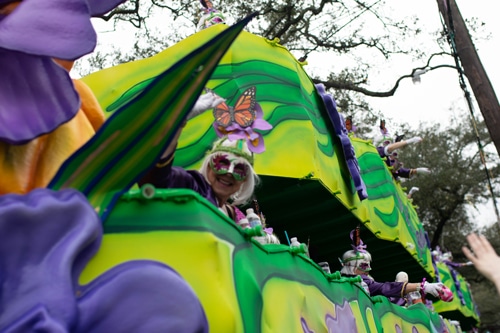 Debbie Sawyer (left) smiles on one of the beginning floats of Iris. 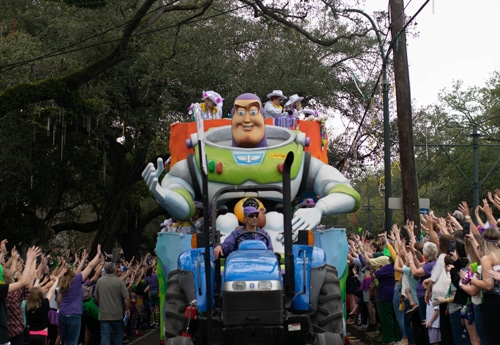 Crowds on both the sidewalk and neutral ground sides reach towards a Buzz Lightyear-themed float. 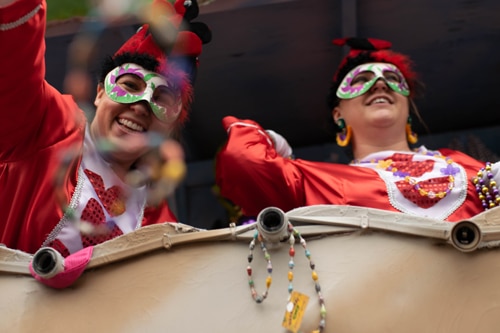 Riders laugh as they toss colorful beads into the crowd. 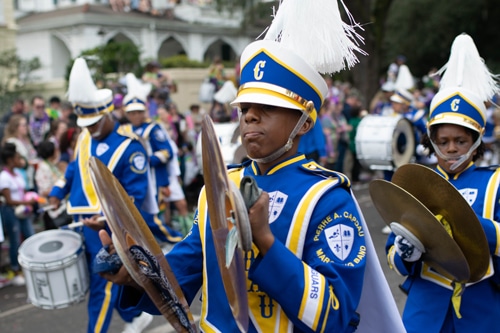 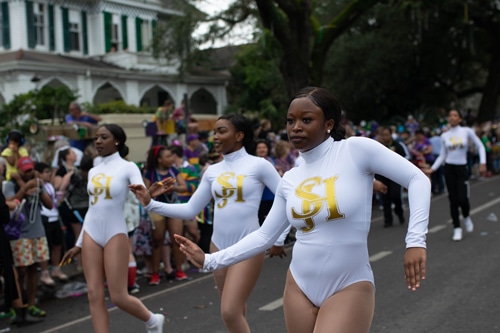 Dancers of St. James Highschool strut along with their marching band. 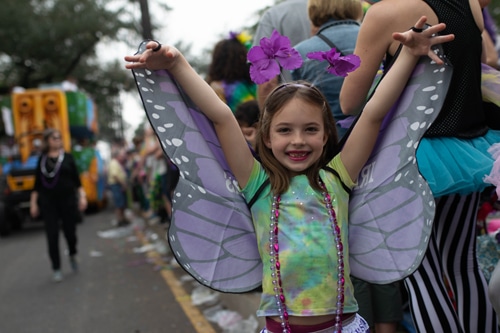 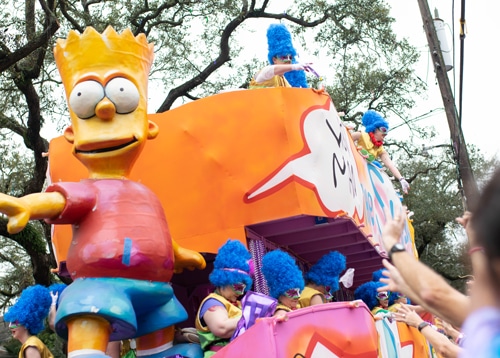 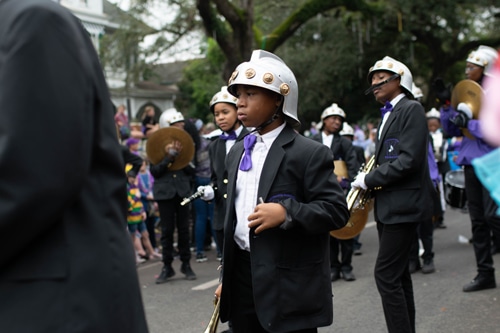 The Kipp Leadership Marching Band marched in suits and bowties. 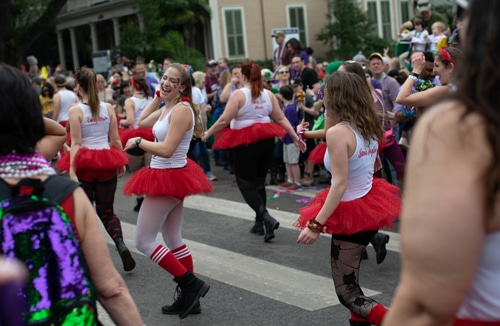 Members of the NOLA Cherry Bombers laugh amongst each other as they walk between floats. 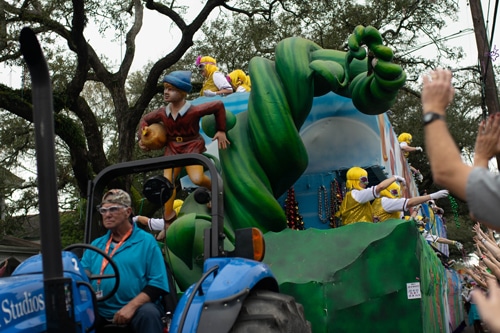 A Jack and the Beanstalk-themed float featured a large crafted beanstalk twisting outwards to the crowd. 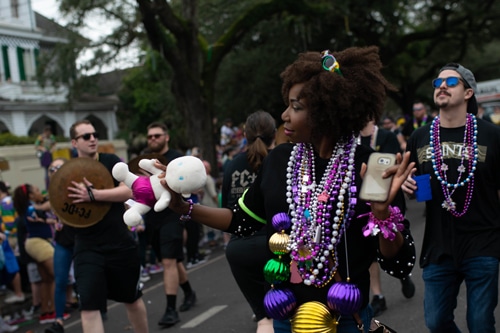 A member of Fat City Drumcorps dances with her Mardi Gras throws. 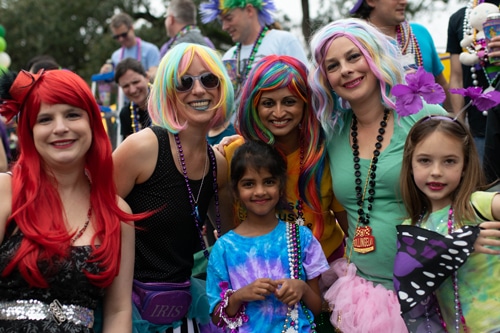 (l-r) Tara Doyle, Mia Gouri, Anita Gouris, Melissa Beck, and Monique LeBlanc smile for a photo during a pause in the Iris parade.