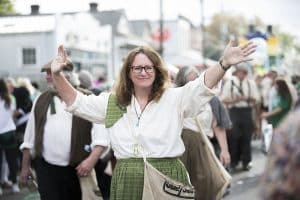 It seems like the Carnival parades just passed by, and it’s time to celebrate St. Patrick’s Day with the Irish Channel Parade. On Saturday, March 16, cabbages, kisses and green bling will be flying along the parade route. 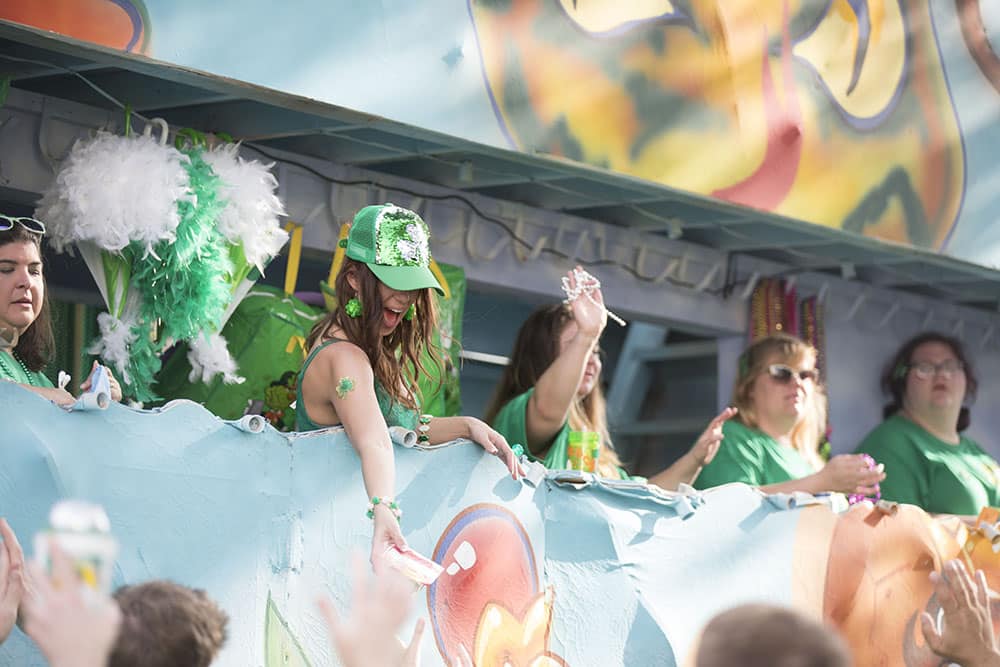 The parade is scheduled for 1 p.m., starting after a noon Mass at St. Mary’s Assumption Church. 2030 Constance St.

The National Weather Service, in a forecast published Thursday, promises a mostly cloudy day with a high near 59. A slight chance of showers lifts by the time the parade starts, so it’s not likely to rain on this parade. 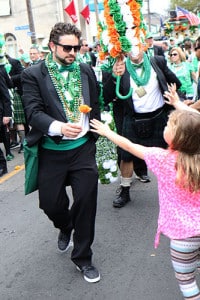 The parade is organized by the Irish Channel St. Patrick’s Day Committee, formed in 1947 to promote the Channel. The hundreds of men you see parading in formal attire with medallions — that’s them.

Now that the drainage and construction work on Louisiana Avenue is finished, the parade is returning to its traditional route. 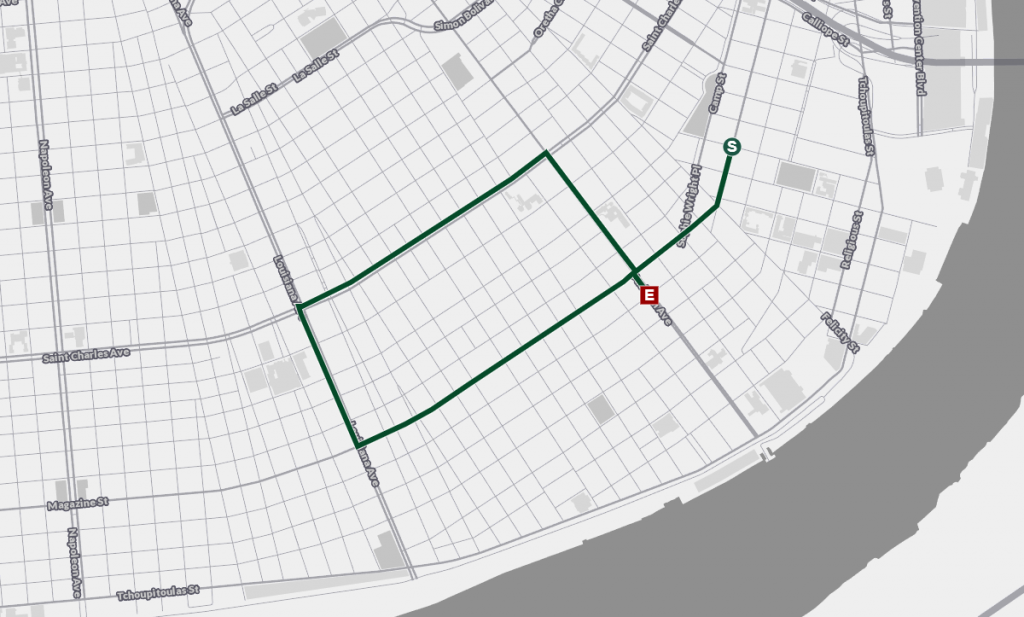 Before the parade begins or when crowd size warrants, the New Orleans Police Department will close the route to vehicles. Plan ahead and avoid streets that intersect with the parade route. Track the lead and tail of the parade as it rolls with the city’s parade tracker at routewise.nola.gov.

Expect delays and detours on the following RTA services during the event:​ 10-Tchoupitoulas, ​11-Magazine, 12-St. Charles, ​27-Louisiana, 28-MLK and 91-Jackson-Esplanade. All RTA service alerts, updates and detours can be accessed by downloading the RTA’s GoMobile app. To learn more, visit www.norta.com or call Ride Line at 504-248-3900.