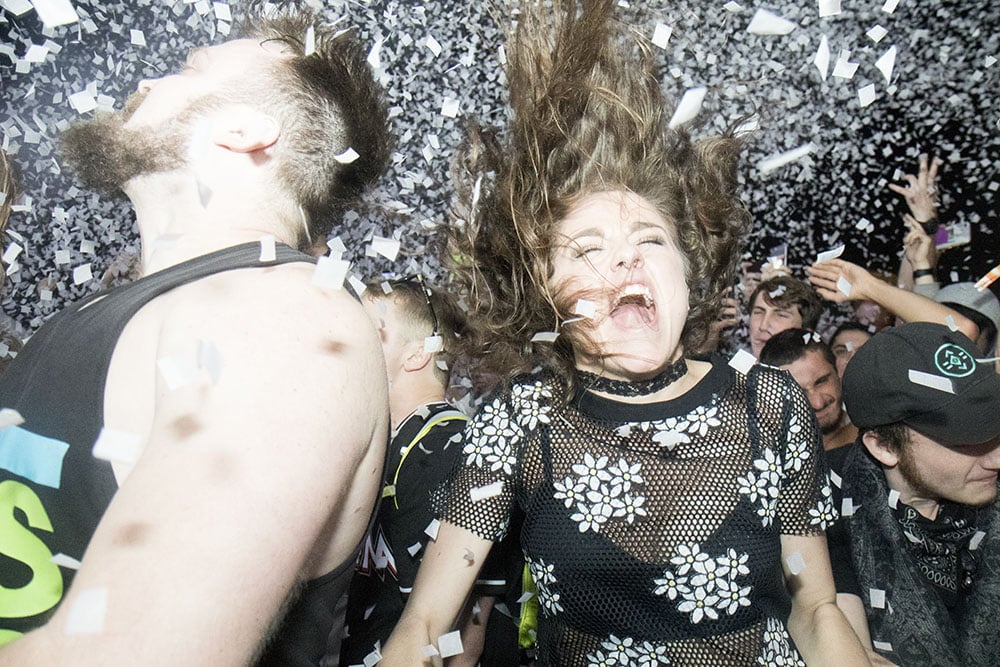 Confetti rains down on the crowd during Bassnectar’s set at the 2018 Buku Music and Art Projectat Mardi Gras World. (Zach Brien, UptownMessenger.com)

The 2019 Buku Music & Art Festival of electronic, hip-hop and indie rock music is this weekend at Mardi Gras World. The festival runs 2 p.m. to midnight on Friday and Saturday.

It will impact the Irish Channel and anyone using Tchoupitoulas Street to go downtown or to the Crescent City Connection. Heavy vehicle traffic may cause delays in neighborhoods surrounding Mardi Gras World.

No street closures are anticipated, but traffic congestion is expected along Convention Center Boulevard, Henderson Boulevard, and Tchoupitoulas Street from Orange Street to Calliope Street. Buku organizers have contracted to have officers assigned to traffic and perimeter detail.

A community hotline will be available during the event: bukucommunityhotline@gmail.com, 985-218-0259.