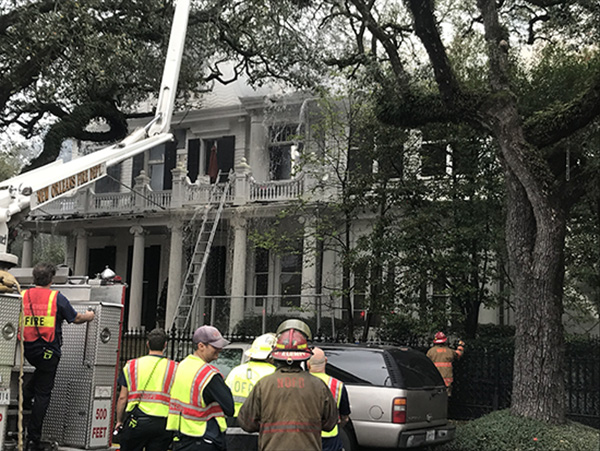 The 150-year-old mansion, the home to several kings and queens of Carnival, was in danger of collapse Wednesday morning, NOFD Superintendent Timothy McConnell said. The fire was brought under control 1:45, but the mansion’s three residents lost their home.

No injuries were reported. One woman was in the house when the fire broke out; she was able to get out of the building unharmed.

It is the largest fire in New Orleans since a six-alarm blaze resulted in the partial collapse of two buildings on Canal Street in 2016, McConnell said.

At 7:44 a.m. a 911 call reporting “flames visible” in the single-family dwelling, according to an NOFD news release. The first New Orleans Fire Department company arrived on the scene at 7:48 a.m. finding the three-story mansion at 2525 St. Charles Ave. with flames and heavy smoke coming from the first floor and basement area from the home.

A second alarm was requested shortly after arrival, as firefighters worked to find the fire’s origin. Heavy yellow smoke was coming from the basement, indicating the possibility of chlorine. The homeowner told the NOFD that chlorine and other pool products were stored in the basement. This prompted the evacuation of firefighters from the basement and first floor as other firefighters attempted to get ahead of the fire on the second and third floors.

Third, fourth and fifth alarms were requested by about 9 a.m. as the fire entered the walls of the home and escalated into the attic. An exposed property to the immediate right of the building, a four-story apartment building, was evacuated as the fire intensified, eventually burning through the roof of the home and into surrounding tree canopies.

About 85 firefighters and 26 firetrucks responded on Wednesday. At one point on Wednesday morning, McDonnell said, a car blocking a fire hydrant hindered their ability to get water to the home.

One NOFD member was assisted from the fire building after he became disoriented, an NOFD press release said. He was evaluated on the scene by New Orleans Emergency Services personnel before returning to his company. One other firefighter stepped through the floor boards but was able to evacuate himself safely from the building; he was uninjured.

All residents of 2511 St. Charles condominiums will be temporarily displaced until the building’s alarm system can be reset or replaced.

The destroyed home is a Queen Anne style mansion known as the Montgomery-Grace home and as the Morris-Downman home. Records indicate the house was built by architect Henry Howard before 1865, according to the Preservation Resource Center.

One of the homes that the king of Carnival traditionally stops to toast on Mardi Gras, the house has a long history with the Rex organization, going back at least to 1907, when its owner Charles H. Downman reigned as Rex.

It’s not the first time during this century that a fire has broken out in the home. A June 2007 attic blaze required a renovation to the home’s formal dining room, the PRC reports. 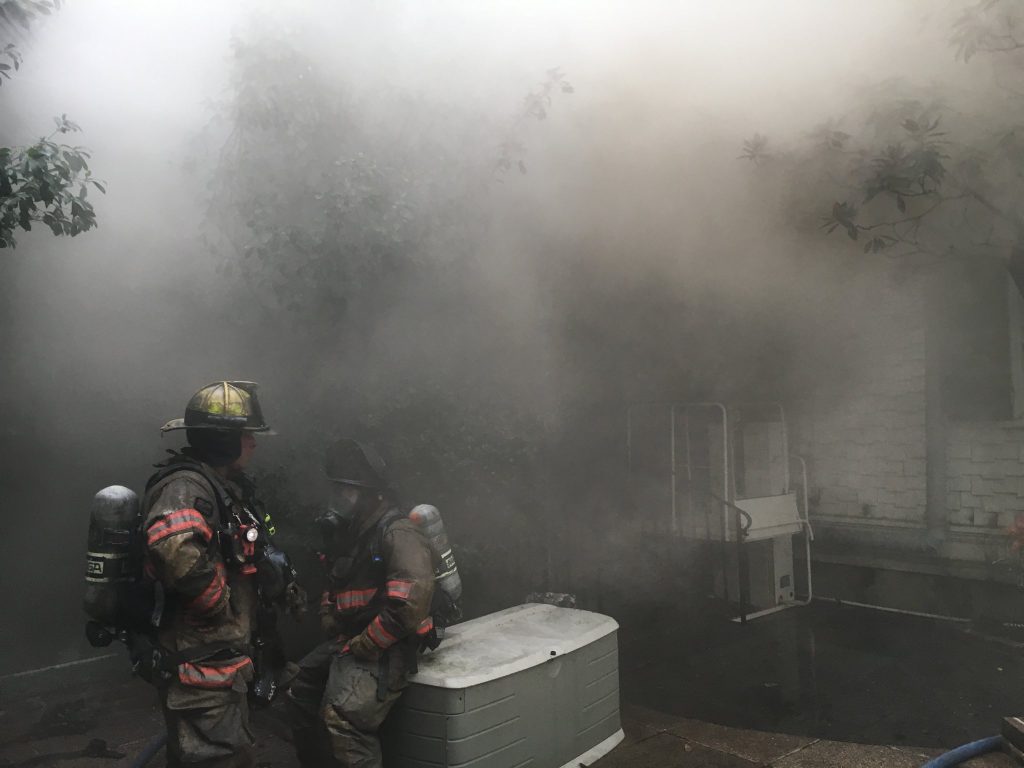 This story was updated as the fire escalated and more information about the home and the incident was available.