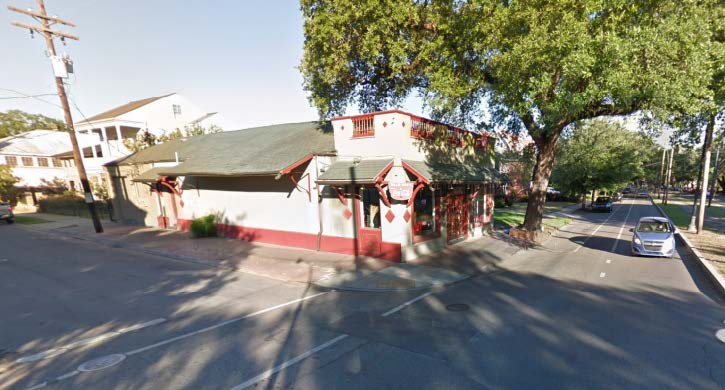 The building at 7457 St. Charles Ave. has been vacant since 2017. (via City Planning Commission)

Plans for a nail salon on St. Charles Avenue near the universities were scuttled after the City Council failed to vote on a zoning-change request within 60 days of City Planning Commission’s recommendation.

The Planning Commission was unanimous in its support of La Vang Pearl, the company that purchased 7457 St. Charles Ave. to turn it into a nail salon. The building at Cherokee Street, originally a grocery store, was home to a number of short-lived restaurants in recent years.

The planning department made its recommendation to the council on Nov. 29, 2018, but the council never brought the issue to a vote. The city’s zoning ordinance stipulates that if the council doesn’t act on a zoning request within two months, the request is automatically denied.

District A Councilman Joseph Giarrusso did not lend his support to the business plans, primarily because of neighborhood opposition, he said at Thursday’s council meeting. “Parking is a big issue for the neighbors,” Giarrusso said. “The overwhelming amount of emails were in opposition to this.”

Paul Masinter of the St. Charles Avenue Association said he had written to each council member in recent months expressing his group’s opposition to the nail salon. He was one of three speakers who aired opinions at the Feb. 7 meeting despite the fact that the conditional-use request was obsolete before it appeared on the meeting’s agenda.

“We certainly understand the issue is legally dead but did want to state our opposition to the conversion of the building into a nail salon,” Masinter said, “mainly due to in our opinion it not being an appropriate use of the structure and a use that would cause a tremendous increase in traffic and parking in a mainly residential area of St. Charles Avenue.” 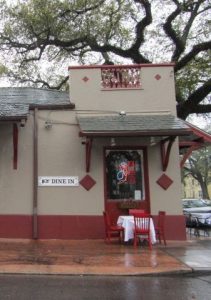 The Fat Hen restaurant operated in the space from 2011 until it closed in 2013. (via Orleans Assessor’s Office)

La Vang Pearl’s owner, Thien Nguyen, needed a conditional-use permit to operate a nail salon as a “neighborhood commercial establishment” because the building had been vacant since Willie Mae’s Grocery and Deli, an expansion of Willie Mae’s Scotch House in Treme, closed in 2017, causing it to lose its grandfathered commercial status. City planning department officials said the designation would be the “most restrictive” method of returning it to commercial use while minimizing impact on the neighborhood.

The impact on parking was the major concern for Keith Hardie of the Maple Area Residents, who also spoke at the meeting. “The neighborhood is already a very dense neighborhood,” he said. With a preponderance of multi-family residences and its location near the universities and the Maple Street commercial strip, parking is scarce in the area, Hardie said.

The nail salon would have had fewer chairs than the building’s previous occupants, the Fat Hen and Willie Mae’s, noted an attorney for Nguyen who spoke at Thursday’s hearing. He called on the council to consider his client’s request.

“Did the Fat Hen get a vote? Did Willie Mae’s Scotch House get a vote?” attorney Tony Tran said. “We can’t even get a vote. That’s what I’m asking for.”

He said the Nguyen has invested more than a million dollars in the project. According to city records, he purchased the building for $800,000 in January 2018.

“This is an arbitrary denial,” Tran said. “I can understand if we didn’t meet the requirements of the CPC or if we did not get a recommendation from them. But we did.”

There’s a two-year waiting period before Nguyen can submit another request for the zoning change.