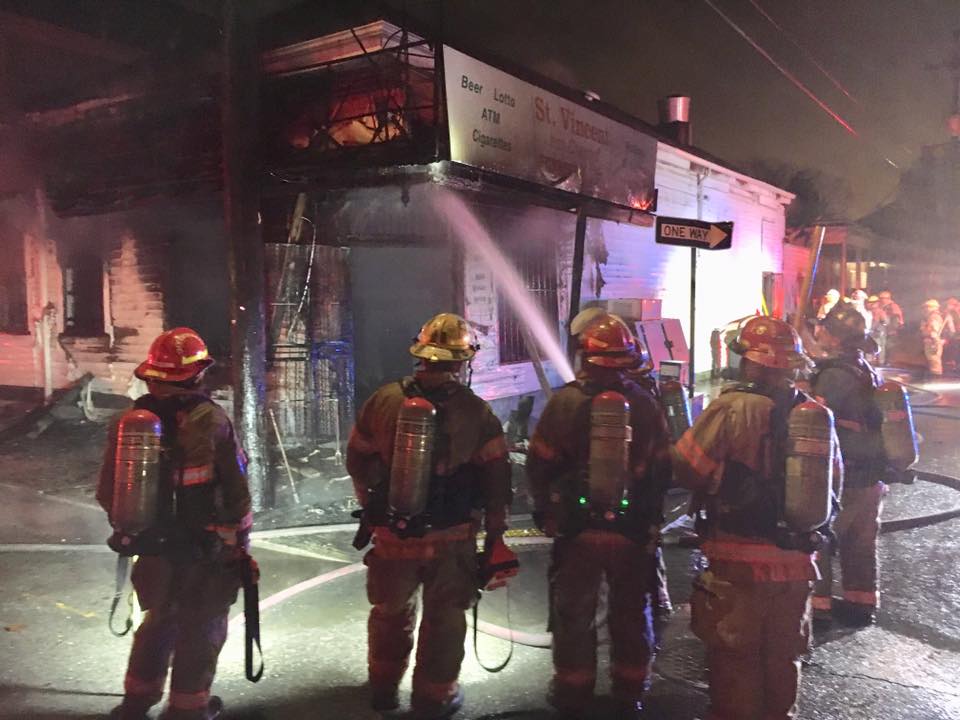 Firefighters battle a two-alarm blaze in a corner store at Constance and First streets. (NOFD via Twitter)

A fire that broke out Thursday night in the Irish Channel left one man critically injured, the New Orleans Fire Department reports.

An emergency call at 8:51 p.m. on Thursday, Jan. 3, reported a “fire with possible persons trapped” at the corner of Constance and First streets. Dispatched at 8:52 p.m., the first New Orleans Fire Department company arrived at 2372 Constance St. at 8:56 p.m. and found a small corner grocery store already heavily involved. A second alarm was requested immediately upon arrival.

After gaining entry into the building, firefighters found a 45-year-old male in a rear hallway that led to the living space. He was suffering from varying degrees of burns and apparent smoke inhalation.

The man was treated by NOFD personnel before being transported to a local hospital by New Orleans Emergency Medical Services. He was in critical condition, the NOFD said.

NOFD entry into the building was slightly delayed as firefighters worked to avoid downed power lines and to remove iron security bars from the doors and windows. Firefighters kept the fire contained to one building, preventing its spread to the occupied homes in its immediate vicinity.

Eighteen NOFD units supported by 51 Fire Operations personnel were used to bring this incident under control at 10:08 p.m. The New Orleans Police Department and Entergy also assisted with the mitigation of this incident.

There were no other injuries reported and the cause of the fire is currently being investigated by the NOFD and the Louisiana State Fire Marshal.