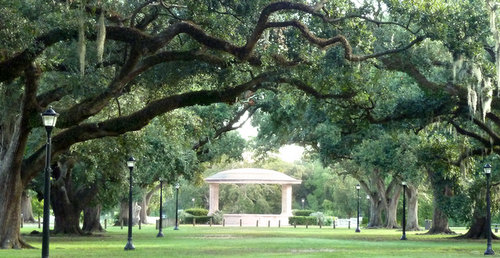 Voters in May will decide on milestone changes to how the city funds and operates its public recreational spaces. To give New Orleanians a clearer understanding of how these cherished city services could be overhauled, the Carrollton Area Network is holding a public forum Jan. 14.

Presenters from the Audubon Institute, the New Orleans Recreation Development
Commission, Parks and Parkways and New Orleans City Park will discuss at a forum moderated by Keith Twitchell of the Committee for Better New Orleans.

The ballot proposal would give City Park its first dedicated millage while reducing the millage for Audubon Park by nearly half. Parks and Parkways and the New Orleans Recreation Development Commission would see an increase in their funding. Property owners continue paying the same amount under the 20-year plan, city officials say.

The new parks overhaul also calls for unified oversight for the city’s recreational entities under a cooperative agreement approved by City Council on Dec. 20.

This agreement allows more resource-sharing among the four agencies. They could more easily leverage their buying power in negotiating contracts, share large equipment for maintenance and beautification projects, and exchange information and strategies on storm-water control, fundraising, social media communication and other activities.

Programming among City Park, Audubon and NORDC would be shared to increase access to recreational activities. The agreement also calls for increased safety and environmental initiatives.

The four agencies’ top executives are to meet quarterly under the plan and to hold public meetings twice a year.

The forum on the proposed initiative for the New Orleans parks millage will be held Monday, Jan. 14, from 6:30 to 8 p.m. at St. Mary’s Dominican High School, 7701 Walmsley Ave. Secured parking and entry is from Burdette Street at the back of the school.