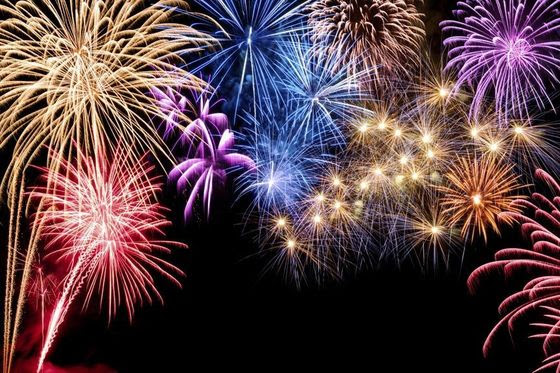 Fireworks will explode Uptown at 10:30 p.m. on New Year’s Eve as part of the city’s expanded New Year’s celebration for the end of the Tricentennial year. Both Uptown and West Bank residents will be able to enjoy the display set off from barges on the Mississippi River between Jefferson Avenue and Napoleon Avenue.

Dogs frightened by loud, sudden noises may not enjoy it so much, so pet owners will also want to be aware of when their neighborhood’s fireworks will go off.

Mayor LaToya Cantrell, Councilman Jay H. Banks and Chevron, along with additional support from the 2018 NOLA Foundation, New Orleans Tourism Marketing Corp. and New Orleans and Co., have joined together to bring fireworks to over 70 neighborhoods with three additional end-of-year shows.

The events will take place in New Orleans East and Mid-City as well as Uptown before capping off with the traditional display over the river near the French Quarter at midnight. The added fireworks displays conclude a Tricentennial celebration that began in January.

The celebration begins near Joe Brown Park in New Orleans East at 8:30 p.m., followed by the City Park display at 9:30 p.m. and Uptown at 10:30 p.m. It will conclude with the annual downtown celebration at midnight. The added locations allow for every City Council district to be incorporated into the celebration, something that has never been done before.

“There is no better way to end the year than bringing fireworks to all New Orleans residents this New Year’s Eve,” Cantrell said. “Additional sites will create a more inclusive celebration of a cherished local tradition. New Orleans Police Department and New Orleans Fire Department have created a safe atmosphere for New Orleanians of all ages to join in and celebrate with us.”

The neighborhood displays give more residents a chance to take part in the city-sponsored festivities.

“All New Orleanians deserve the opportunity to participate in the Tricentennial and New Year’s Eve from the comfort of their neighborhood,” Banks said.