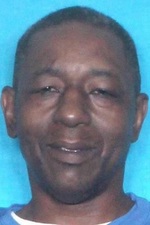 A fight in a South Broad Street parking lot ended in gunfire Wednesday afternoon when one man hit another with a gun, causing an accidental discharge that grazed the victim’s ear, and New Orleans police have named a 48-year-old man as the suspect in the shooting, authorities said.

Tyrone Catchings is wanted on a charge of aggravated battery by shooting following the shooting near South Broad and Washington Avenue, according to the following NOPD news release:

The NOPD has obtained an arrest warrant for Tyrone Catchings in connection with an aggravated battery by shooting that happened December 12, 2018, in the 3300 block of South Broad Street.

NOPD Second District detectives learned that a male subject approached the victim in a parking lot at the location. An argument reportedly ensued between the two, and the subject allegedly used a firearm to strike the victim in the side of the head. The firearm then reportedly discharged, causing the victim to suffer a graze wound to the ear.

Through investigation, NOPD Second District detectives positively identified Catchings as the perpetrator in this incident.

When located, Catchings will be arrested for aggravated battery by shooting and illegal discharge of a firearm.

Anyone with information regarding the whereabouts of Tyrone Catchings is asked to contact NOPD Second District detectives at 504-658-6020 or to call anonymously to Crimestoppers at 504-822-1111 or toll-free at 1-877-903-STOP.