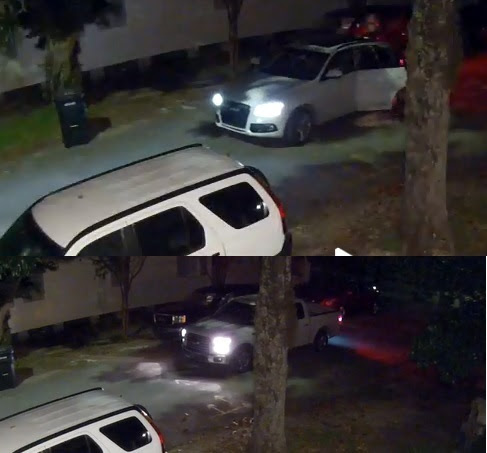 The New Orleans Police Department is seeking to identify suspects seen on surveillance video burglarizing a vehicle in the 500 block of Calhoun Street in two incidents, both occurring on Nov. 2.

The first burglary incident,  at 12:31 a.m.  A white Audi vehicle was used by the suspects in this incident.