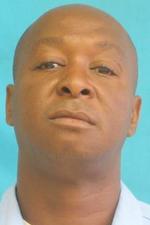 Investigators have identified a man believed to have robbed an acquaintance at gunpoint last week on St. Thomas Street, and detectives are now hoping the public can help locate him, New Orleans police said.

Tony Gaines, 48, is wanted on an armed-robbery charge in connection with an armed robbery Friday, Oct. 5, near the intersection of St. Thomas and St. Mary streets, according to a NOPD report.

“The victim told police that he was standing with his ‘friend,’ later identified as Gaines, near the intersection when Gaines then allegedly removed a handgun from his waistband, pointed it at the victim and demanded his money,” the report states. “The victim complied and fled the location.”

Anyone who can help locate Gaines is urged to call the NOPD Sixth District station at 658-6060 to speak to a detective, or CrimeStoppers at 822-1111 to leave an anonymous tip that could be eligible for a cash reward.