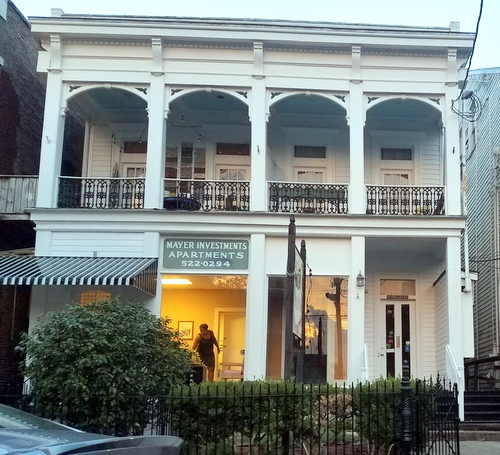 The controversial plan to open a new daiquiri shop on St. Charles Avenue created a heated debate before the City Planning Commission on Tuesday, and the commission ultimately decided to let the City Council make a decision without their recommendation.

The owners of Tigers Paw daiquiri shop in Baton Rouge are planning to convert a storefront at 1610 St. Charles Avenue (most recently the home of Krewe du Brew coffee shop) into a New Orleans expansion of their business. Neighbors have said the proposal is too reminiscent of the former Daiquiri Place Cafe that was ultimately shuttered by city officials following allegations of crowd behavior so unruly that the police could not keep it under control, and the Lower Garden District Association has voted to oppose the project.

The property owners’ request for a conditional use to permit the daiquiri shop appeared on Tuesday’s agenda of the City Planning Commission, and the opponents of the project showed up in force as well. See below for full video of the debate:

After nearly an hour of debate, Commissioner Jason Hughes tried to encourage the business owner to work with the neighborhood. Lower Garden District Association president Ryan Kropog replied that the neighborhood simply does not think the space is appropriate for a daiquiri shop.

“The business owners seem like good, well-intentioned people. They run a very different business in Baton Rouge,” Kropog said. “This is not an indictment on them, but it’s the neighborhood saying, ‘We’ve been through this before. We don’t want it.'”

The commissioners then said there seemed no point in deferring a decision at the planning level, and withdrew any attempts to make a recommendation on the issue.

“If there’s no opportunity for negotiation, I’d like to see this move on to Council,” Hughes said.

The issue will next be forwarded to the City Council without a recommendation.