The robbery of the Subway on South Carrollton Avenue was caught on surveillance camera, and a man was robbed at knifepoint on South Claiborne Avenue over the weekend, New Orleans police said. 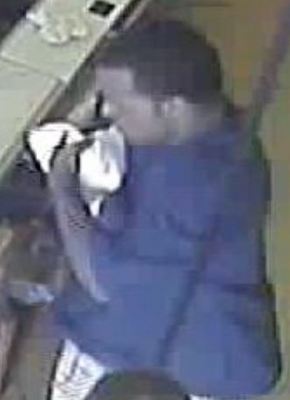 Shortly before 3 p.m. Friday, Sep. 28, a man walked into the Subway restaurant in the 3500 block of South Carrollton Avenue with a white T-shirt covering his face, startling the four people — a man in his 50s, and three women ranging in age from their 30s to their 50s — working there, according to the initial NOPD report.

“One of the employees fell to the floor while the other employees fled to [the] back,” the report states. “The suspect went behind the counter and retrieved an unknown amount of cash from an open register.”

Shortly before 1 a.m. Sunday, a man was in the 2100 block of South Claiborne Avenue (near Jackson Avenue) when he was confronted by two assailants, according to the report in that case. “One of them produced a knife and they demanded his property,” and then they left, the report states.

Further details were not immediately available in either case. Anyone with information is urged to call CrimeStoppers at 822-1111 to leave an anonymous tip that could be eligible for a cash reward.