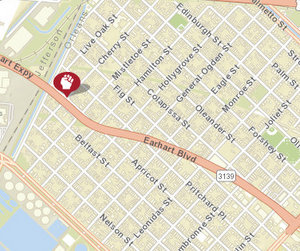 The victim, a man in his 40s, was in his vehicle in the 2800 block of Cherry Street (near Apricot Street, which runs alongside Earhart Boulevard) around 9:45 p.m. Sunday, Sept. 16, when a maroon vehicle parked in front of him, according to the initial NOPD report. Several people got out and opened fire on him, so he ran inside a business to get away, the report states.

The victim was shot in the leg and the back, and was taken by ambulance to the hospital for treatment, said NOPD Officer Juan Barnes.