Auctioneer and Crescent City Auction Gallery (CCAG) owner Adam Lambert started working for his dad at the ripe age of five. At the time, Sidney Lambert was manager of a New Orleans auction house. Young Adam would help during auctions by running bid sheets from the auction podium to the main office.

Now, some 30+ years later, and a decade in the making, the tables have turned. Sidney is now working for Adam, and the two, along with dedicated staff, will soon celebrate a milestone, the 10th Anniversary of CCAG. They will celebrate the only way they know how, by holding a special 10th Anniversary auction. 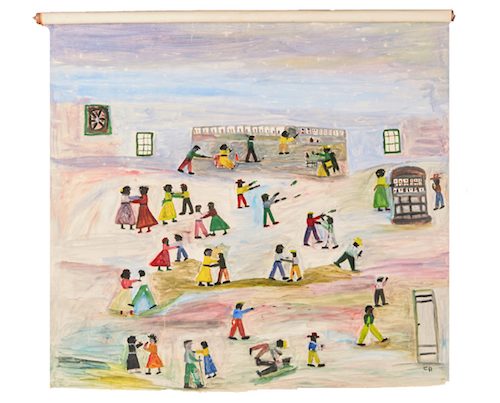 On September 22-23, CCAG (located at 1330 St. Charles Ave.) will auction 814 lots of various antique furniture, including tables, chairs and armoires. Mixed among the furniture, there will also be exquisite vases, porcelain figurines and decorative boxes and paintings, including three portraits that come from the 200-year-old Oak Alley Plantation in Vacherie, LA. In addition, the auction will feature items removed from the former New Orleans-based international mining company, Freeport McMoRan building, and from an estate in Gulf Breeze, FL. In all, this anniversary auction is expected to bring in more than $1 million via in-person bids, phone bids, and live streaming bids submitted via a smartphone or computer.

“This auction not only reflects a milestone for the gallery,” notes Adam, “but you can also say it reflects the anniversary of our great city, which is celebrating 300 years. Some local auction items date back to the 1800s, and then we have quite a few things from the 20th and 21st centuries, so this auction, like the City of New Orleans, will be an insight into three centuries of living in New Orleans and the region.”

Though Adam was raised in New Orleans, he moved away for many years and was living in Hawaii when, ten years ago, he chose to move back to help continue rebuilding the city following Hurricane Katrina. Upon returning, he rented gallery space from his father’s former business partner, which was located on Julia Street. Two years later, Adam then made his move, purchasing the 21,000-square-foot building on St. Charles Ave. that is now the main gallery space, and after an extensive renovation, moved Crescent City Auction Gallery. In the decade since founding CCAG he has procured more than 85,000 auction items that have brought in more than $23 million in antique sales. 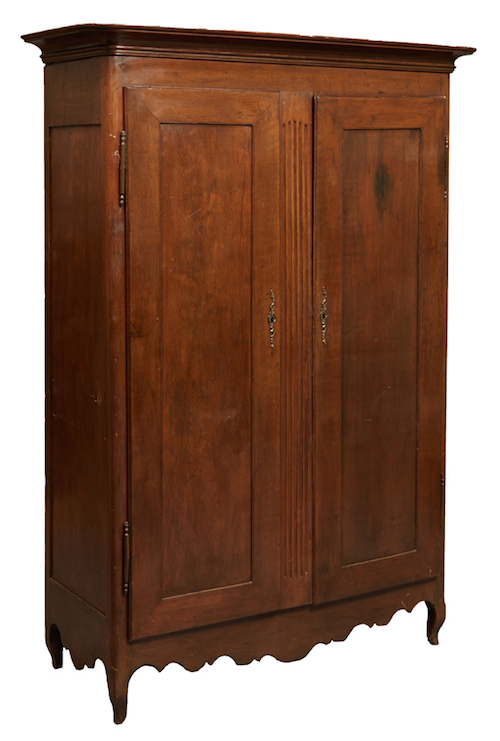 “Antiques are definitely in my blood,” Adam says with a laugh as he remanences about being a young child and growing up in and around the business. Even to this day, he says the thought of typical 9-5 desk job makes him shutter. “I love this business because you literally never know what is going to walk through your door at any given moment. One minute you are in the gallery appraising an antique, and the next you could be in someone’s attic pulling out an armoire. No two days are ever alike.”

When it comes to the business of antiques and auctions, Adam notes that over all the years he’s been in the business, the auction items themselves don’t vary much, meaning what he sells typically falls into the same categories, such as antique furniture, paintings, brick-a-brac, jewelry, and so forth. The biggest change he’s seen, though, is the method of auctioning and like so many things, technology is basis of that change. As a child, Adam says you had a podium, an auctioneer and potential bidders with a paddle. Now, when he holds an auction, the room is not only filled with bidders, but he has people stationed on phones for call-in bids and then he has computer screens visible around the room as people are putting in bid via computer, including live stream bidding via smartphones.

“It’s fascinating in that what we are auctioning off could be something that’s three or four centuries old, yet someone in China is bidding live through a phone app,” Adam notes as he reflects on what he has sold over the years and how he is doing it. “If there is one thing that has completely changed in the auction world, it is the introduction of technology. Watching the change over the last decade has been fascinating, and I can’t wait to see what lies ahead. We’ve had a great ten years, and I know we have many, many more successful years ahead of us.” 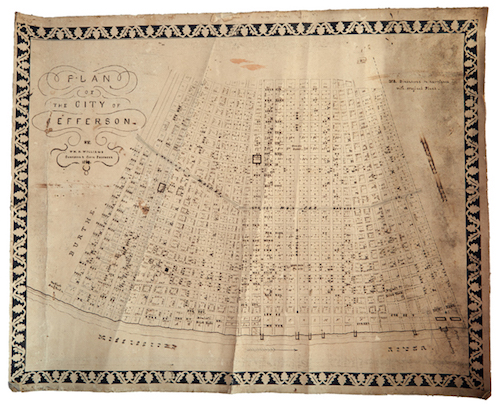 Auction items can be previewed from 10 a.m. – 5 p.m. every day thru Sept. 21 and online at www.crescentcityauctiongallery.com. Late evening preview will take place on Wed. Sept. 19 until 7 p.m.

A few highlights of interest for auction: