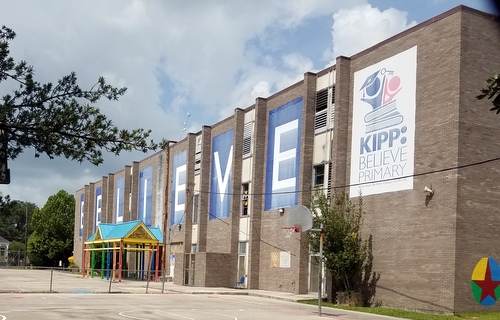 After years of seeking a permanent home for its upper-school, Audubon Charter School has learned its middle school students will move out of their cramped Milan Street building as soon as next summer into the Banneker building much closer to their flagship Broadway Street campus.

That decision effectively ends the long-running dispute between Audubon and Lusher over competing claims as to which school will receive the Allen building on Loyola Avenue. After Sci High moves out of Allen and into its new building in Mid-City, Lusher will receive the Allen building adjacent to their high school building, according to reports from the Orleans Parish School Board.

Audubon submitted applications to the Orleans Parish School Board to have its middle school assigned to either the Allen building or Banneker, and held meetings with parents over the summer about both possibilities, said CEO Latoye Brown at Saturday’s meeting of the school’s governing board. In July, the OPSB announced that Audubon will move into Banneker after this year’s occupants, KIPP Believe Primary, moves out into its own permanent home on St. Bernard Avenue in Gentilly in the spring of 2019.

“We now have a vision for the future of where the upper campus will be located,” Brown said.

In 2010, Lusher added two extra sections of kindergarten in a satellite campus at the Jewish Community Center in hopes of expanding its student population, but was unable to find a permanent site for that expansion and absorbed those students back into its main campus two years later. Woody Koppel, the Orleans Parish School Board member whose district includes both Lusher and Audubon campuses, said the Allen building will likely allow Lusher to grow in a similar way.

“You have such tremendous push on all grades,” Koppel said. “It’s just going to increase the number of kids they can take on across all grade levels.” 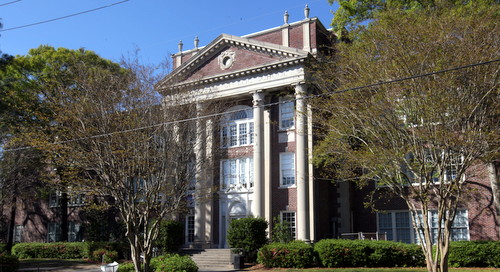 The Banneker building is just minutes away from the Broadway campus for parents, on nearby Burdette Street only a few blocks from Broadway. The building itself will have more classrooms than the cramped and deteriorating Milan Street building, and the individual Banneker classrooms are larger than those on Milan as well. On the other hand, Audubon will lose some outdoor space in the move.

Audubon leaders have already visited the site with engineers who have begun drafting designs for the best way to fit Audubon’s students into the campus, Brown said.

“They have shown us some crude sketches for how they can make it work, so that’s our next step,” Brown said. “Proximity-wise, you couldn’t beat it. Its going to be a tight fit, but I’m cautiously optimistic the architects and engineers can figure out a solution that’s going to work for us. For right now, it really is our best option.”

The move could comes as soon as next summer in advance of the 2019-2020 school year, Brown said. During that time, the Audubon staff will use the parents’ comments from the summer meetings to start building a master plan for the use of the Banneker site.

“From an aesthetic perspective, we would make some changes, because it doesn’t really fit the Audubon aesthetic,” Brown said. “But parents are happy because we have a plan.” 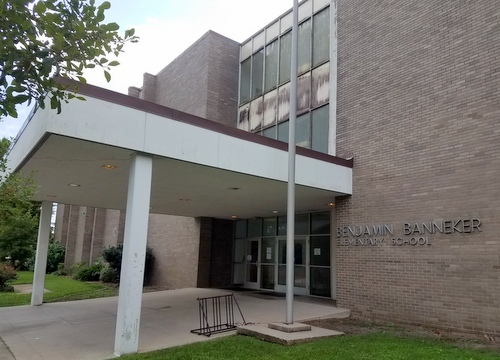 In an unrelated action at the conclusion of Saturday’s meeting, Dr. Erica Murray announced that she would be resigning from the FAME board. In a brief statement, she did not elaborate on why she was departing, but expressed her ongoing commitment to Audubon and to public education in New Orleans.

The meeting has just concluded, and see below for live coverage from the meeting.