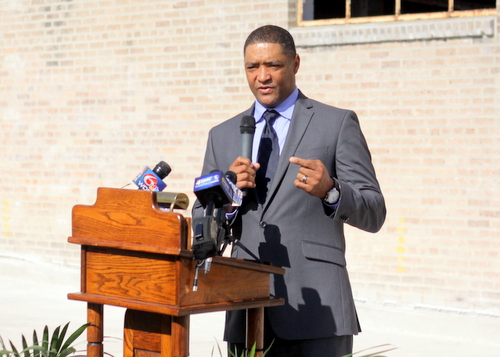 When the first day of filing for the fall Congressional elections closed Wednesday evening, both incumbent U.S. Reps. Steve Scalise and Cedric Richmond had drawn three challengers apiece — with more possibly yet to come with two days remaining to qualify.

Scalise — who represents Louisiana’s First Congressional District, which mostly covers the New Orleans suburbs but also a portion of the Audubon and university areas of Uptown — did not file his own paperwork on the first day of qualifying, although he has three days to do so.

Three challengers for his seat did file: “Jim” Francis, a Covington Democrat, Howard Kearney, a Mandeville Libertarian, and Tammy Savoie, a New Orleans Democrat whose candidacy has already drawn some attention as part of the national progressive and #metoo movements.

Richmond did file his qualifying papers on Wednesday for the Second Congressional District, which covers most of New Orleans and follows a jagged path up the Mississippi River to Baton Rouge. He likewise drew three challengers: Belden “Noonie Man” Batiste, a New Orleans independent who has been a frequent candidate in local elections, plus Shawndra Rodriguez of Baton Rouge and Jesse Schmidt of Gretna, neither of whom have any party affiliation.

Thursday morning drew only one other addition to the Nov. 6 ballot, as Julie Stokes made her expected bid for Secretary of State official. A full list of candidates who had qualified by late Thursday morning is below: