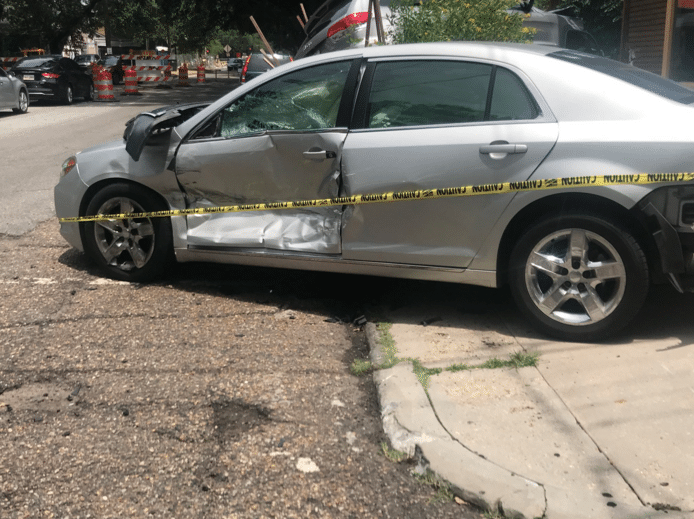 A multi-vehicle crash has shut down the intersection of Laurel Street and Louisiana Avenue (photo by Zach Brien for Uptown Messenger).

A two-car crash at the intersection of Laurel Street and Louisiana Avenue has sent at least one person to the hospital.

The crash also caused minor damage to Atchafalaya Restaurant. The driver of the smaller vehicle was taken to the hospital while the driver of the Jeep, which was vaulted into the restaurant, is unharmed, according to witnesses.

Multiple-car accident at the corner of Laurel & Louisiana @UptownMessenger pic.twitter.com/vIrS4TV9NW

No more information was immediately available. This story will be updated as needed.

Minor damage done to Atchafalaya restaurant. Driver of the silver Chevy taken to Touro hospital, driver of Jeep is shook, but unharmed according to her husband. @UptownMessenger