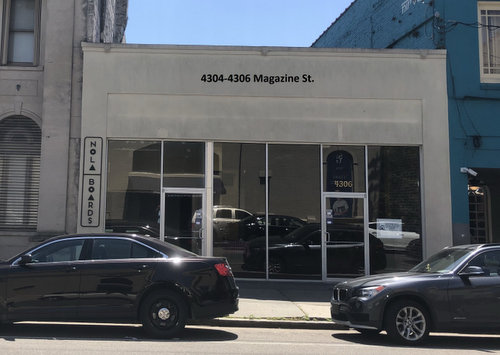 The building at 4306 Magazine Street will be the home of Mona Lisa restaurant’s second location. (image via city of New Orleans)

The Uptown expansion of the French Quarter’s popular Italian restaurant Mona Lisa has received final approval from the New Orleans City Council for its Magazine Street location, as did a new bar from the owner of Tujague’s in the Lower Garden District.

Mona Lisa’s new location will be at 4306 Magazine Street, near Napoleon Avenue, adjacent to Nirvana and near other restaurants. Any new restaurant opening on Magazine Street requires a conditional use permit from the City Council, but city planner Stephen Kroll told the Council on Thursday that Mona Lisa should be a strong addition to the block.

“There’s no reason to expect that it would be problematic,” Kroll said. “It really would be more of an asset to the neighborhood than anything else.”

Attorney Bob Ellis also assured the Council that the longtime French Quarter will be a good neighbor Uptown.

“It’s been operating in the FQ for 30 years without incident, and we look forward to serving Uptown residents,” Ellis said.

“Thank you for expanding from the Quarter and coming to our neighborhood,” said District B Councilman Jay H. Banks.

Likewise, a new bar from the owners of another French Quarter landmark, Tujague’s, also found easy approval for a new home on Magazine Street.

The bar will be part of a larger development called the “Framework” complex by Felicity Property Company on a vacant lot at 1335 Magazine Street. Two two-story buildings will surround a central courtyard, with the multiple “white box” spaces inside for tenants.

“It’s really an impressive piece of design, with masonry and glass on the front, and will really be complimentary to the streetscape,” Kroll said. “The Planning Commission thinks it’s a great addition to the block and will help activate that part of Magazine Street.”

The bar will occupy a small, 1,200 square foot space facing the courtyard with outdoor tables. Planners attached a number of conditions to its operation, and the entire project won praise from the City Council.

“It’s very refreshing to hear that the design is good and pays attention to the streetscape,” said Councilwoman Kristin Palmer.

Tujaque’s owner Mark Latter attended Thursday’s Council meeting, but with no opposition to the project, he simply thanked the Council for their support after their quick unanimous vote.