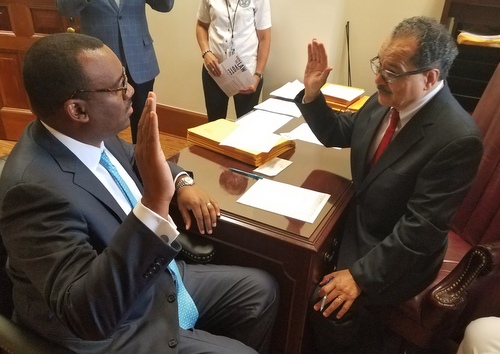 Four local judicial seats will be filled without elections this year, after only one candidate for each of them qualified to be on the Nov. 6 special and Congressional election ballots.

Robert “Bobby” Jones III and Joe Landry will each continue to fill their seats on the Municipal and Traffic Court without opposition, and Paula Jones will return to the Fourth Circuit Court of Appeals. The entire Second City Court administration — Judge Teena Anderson-Trahan, Clerk Darren Lombard and Constable Edwin Shorty Jr. — also drew no opposition.

The last few hours of qualifying on Friday afternoon only drew a few additional names to Orleans Parish ballots, all in the Secretary of State’s race. Interim Secretary of State Kyle Ardoin (R-Baton Rouge) filed paperwork to run for his first full term, and drew three additional challengers — Heather Cloud, a Turkey Creek Republican, “Gwen” Collins-Greenup, a Democrat from Clinton, and Matthew Paul “Matt” Moreau, a Zachary resident with no party affiliation.

The complete list of candidates who will appear on Orleans Parish ballots is as follows:

The election will be held Nov. 6, with a runoff for any races necessary on Dec. 8.