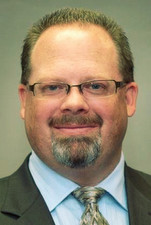 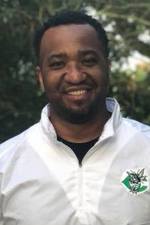 Along with a new CEO over the New Orleans College Prep charter network, both Walter L. Cohen high school and Crocker elementary will have new principals for the upcoming year, school leaders learned Monday night.

Kevin Word, who has spent most of a nearly 20-year career in education in Texas, will lead Crocker.

Lewis told the board he is a native New Orleanian with 13 years in education, starting as an English teacher and working his way to principal. In his first year at Cohen, he said he will focus first on instructional quality, and then on attendance by students, professionalism of the staff, and overall attitude.

“We want to build pride in our Cohen students, and we also want to change the perception in the community, on the outside, and raise that role,” Lewis said. “I’m excited to be here. We have great kids and great culture, and I just want to make it greater and greater.”

Word spent 13 years in Amarillo, Texas, as a principal and assistant principal, and the four years as a principal in Lubbock, Texas, where Castro was an associate superintendent. Word told the board that he is “on fire” for the work of leading Crocker.

Instruction at Crocker will focus on using the state educational standards to plan lessons, with heavy monitoring by the administrative staff. Students who struggle with the material will be given additional instruction time, Word said.

“We’re focusing on good, quality instruction and how to make that better through careful planning first, and being very intentional about the kinds of questions that we’re asking that meet the level of rigor that the state is asking us to do,” Word said.

From a culture standpoint, Word praised the behavior system at Crocker as already being based on around positive reinforcement. Any tweaking of it he does, he said, will make it “even more of a teaching model rather than punitive,” he said.

“A lot of our kids come to us and need to be taught how to act appropriately in a certain setting,” Word said.

The new leadership at College Prep schools represents how the 2018-19 school year will serve as a rebuilding year of sorts for the charter network, its first school year after the state revoked its operation of Sylvanie Williams because of low scores. Castro said the August meeting of the College Prep board will focus on a review of expected School Performance Scores for Cohen and Crocker.

Since being hired in February, Castro said he has been studying the systems in place across the charter network from instruction to staffing to finances to communications both inside the school system and to the community at large.

“Some of our practices that have been in place for quite a while need to be revisited,” Castro said. “When a system is doing a startup process, there’s kind of a frontier attitude, and we just charge in. But when a system is developed, it’s more important that the trains run on time, that we are service-oriented.”

One positive surprise has been the relatively low turnover in the teaching staff this summer. So far, the school has hired only about a quarter of the new employees it normally does during the summer.

“I’m very happy that they’re staying. I think our job is to work with our highly qualified staff and help develop them,” Castro said. “This starting over every year is not what I want to lead us toward. We grow our employees from within.”

One major area of focus this summer has been building the $15.7 million budget for Cohen, Crocker and the Hoffman Early Childhood Learning Center. After running a deficit last year and dipping into its reserves, the College Prep is projecting a minor $15,000 surplus this year — essentially breaking even for the organization, said Chief Financial Officer Jonathan Tebeleff.

The school finds itself with a familiar challenge in meeting that goal, however — enrollment at Cohen, since the majority of state funding is based on student counts. While Crocker has recruited five more students than the 560 it budgeted for, and Hoffman has filled its 150 with a substantial waiting list, Cohen is still about 60 students short of its goal of 405.

Cohen has overcome similar enrollment shortfalls in the past, Tebeleff said, and he is sure that at least 30 to 40 more students will enroll by the start of school. Castro said that the hiring of Lewis as principal should help, and Lewis said his staff is trying to specifically target Orleans Parish students who haven’t chosen a high school yet over the summer.

“We’ll be out canvassing, working to get kids in here,” Lewis said. “There’s still kids who haven’t been placed, so those kids are available to us. We’re definitely going to go out and try to get them.”