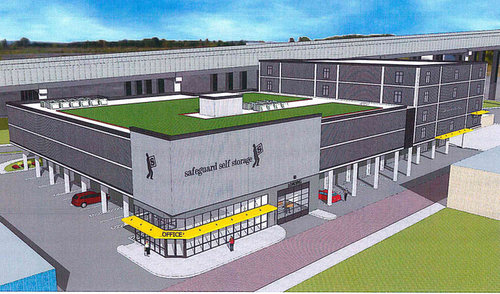 A rendering dated May 21 of the expansion of Safeguard Storage on Erato Street. (via city of New Orleans)

Safeguard has operated its five-story building at 919 Erato Street since 2007, and now wants to expand next door to 933 Erato Street, currently an armored car business.

Safeguard’s owners met with a few nearby neighbors in early May, and they had some specific concerns about the propsed building’s facade and parking, owner Jim Goonan told the Lower Garden District Association on Monday night. Over the last month, architects have revised those plans, those updates were well received by the association.

Some neighbors asked to use the most prominent corner, at Erato and Constance, as some sort of more attractive retail or office storefront, and the new design places the Safeguard offices at that spot. More significantly, all the parking will be moved to an interior garage, reducing any additional strain on the street, Goonan said.

In a 24-hour period, the facility only sees about eight or nine cars, Goonan said, but moving them to the interior should help ease neighbors’ about street parking.

“Everything is done inside, behind the glass doors,” Goonan said.

The building will also have a “green roof” as part of its stormwater mitigation plan, to catch rainwater and decrease the amount that goes into the city’s drainage system. The project redesign will also incorporate more green space on the ground as well, Goonan said.

The association thanked Safeguard for its willingness to listen and voted to write a letter of support to the City Council for its conditional use request. 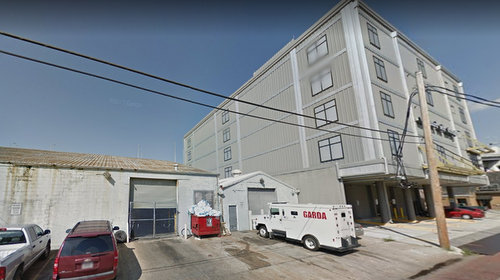 The current building at 933 Erato Street behind the current Safeguard Storage facility. (via Google maps)