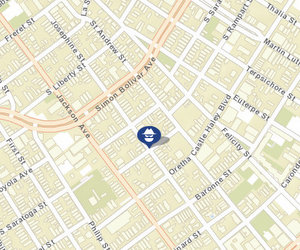 The victim, a 20-year-old man, was walking in the 2000 block of Josephine Street (near Danneel Street) around 12:30 a.m. Thursday, June 14, when he was confronted by a man he knew wielding a knife and demanding his belongings, according to the initial NOPD report.

“The victim refused and the subject stabbed the victim multiple times,” the report states. “The subject fled on foot.”

The victim was taken to the hospital for treatment and listed in stable condition afterward, the report states.