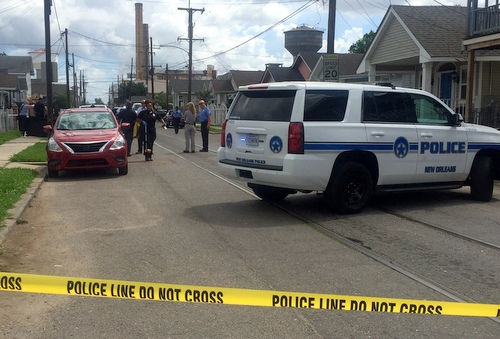 The shooting was reported at 8:19 a.m. Thursday, May 24, in the 1700 block of Eagle (between Green and Hickory streets), according to NOPD reports.

The man was taking children to school when he was shot, and didn’t even have shoes on, said neighbors who declined to give their names to a reporter. They heard three gunshots, they said.

The victim had been shot in the head, and he was pronounced dead at the scene, the NOPD reports state.

Police investigators, including a canine unit, focused their attention on a silver car with the driver-side door ajar. Workers with the Orleans Parish Coroner’s office removed the body from the scene shortly after 10:30 a.m. 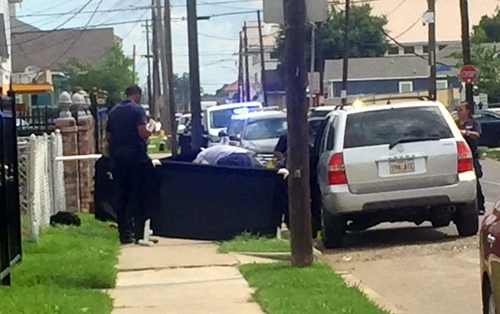 Anyone with information is urged to call the NOPD Homicide Division at 504-658-5300 to speak to Detective Everett Briscoe, or CrimeStoppers at 822-1111 to leave an anonymous tip that could be eligible for a cash reward.