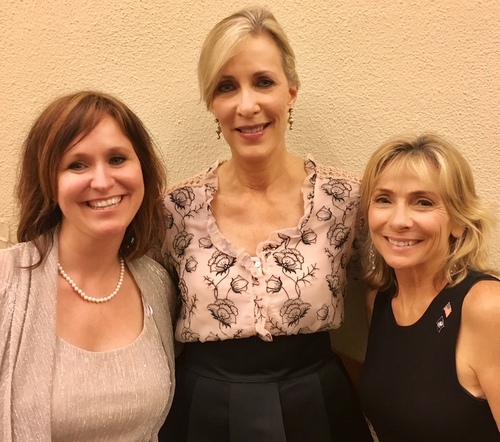 All three challengers are first-time candidates going up against deep-pocketed incumbents with significant constituencies. They are each determined to push forward against the odds. “None are backed by big party machines or wealthy special interests. They are just hard working, smart women standing up for the people of Louisiana,” said one consultant. (Lee Ann Dugas, who challenged Scalise unsuccessfully two years ago, is also said to be considering the race, though her “Dugas 4 Congress” Facebook page has not been updated.)

According to Bloomberg, The Center for Responsible Politics found more than 500 Democratic women across the country are running for Congress and thousands more are seeking local and state positions, including former Alabama state legislator Stacy Abrams, who could become the nation’s first African-American female governor. Abrams is a familiar face to many New Orleans Democrats, having raised money in the state and addressed Democratic audiences including IWO, the Independent Women’s Organization.

As national Democrats strategize to regain control of Congress, they expect to pick up many of the new seats in Southern states. Only four of the 23 congressional seats in Louisiana, Mississippi and Alabama are currently held by Democrats. U.S. Senator Mary Landrieu who was defeated in 2016 by Bill Cassidy was Louisiana’s last female member of Congress. New Orleans Congressman Cedric Richmond, Chairman of the Congressional Black Caucus, told USA Today that the Democratic Party plans to channel more manpower and resources to races in the South. “If we’re going to grow, we’re going to grow in the South.” 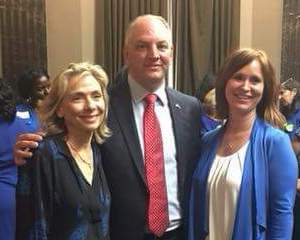 A renewed Democratic focus in the South could be good news for the three Louisiana women contenders who are all running grassroots campaigns. A clinical psychologist and retired Air Force Lieutenant Colonel, Louisiana native Savoie, 58, returned home last year after having served 38 years in the military, including 15 years in the Air National Guard. While stationed at the Pentagon in 2011, Savoie was deployed to Afghanistan and also served in the Middle East as the Chief of International Health for the Air Force.

“I retired at the pinnacle of my career and came back to explore the possibility of running for office,” Savoie said. “Taking on Steve Scalise is very challenging but I am prepared. The people of Louisiana deserve someone who will look out for them.” Savoie says she is running to ensure everyone has the opportunity to be “healthy, strong and educated.” “Steve Scalise has been leading the partisan politics in our broken Congress and he has forgotten who he really serves.”

Savoie says internal data shows her message “easily resonates” with 55% of likely voters and 63% of registered voters. “I am told this is a red district, but I have met people from all walks of life in my experience in the military. None of them were red or blue – they were hopeful, courageous and hardworking. That’s who I’ll serve.”

Savoie says that she, Saizan and Methvin are very supportive of each other’s candidacies. A native of Denham Springs now living in Holden, Saizan is a software engineer who founded Indivisible Livingston Parish “to model the values of inclusion, tolerance and fairness.” Her husband Shawn is a registered Republican and daughter Grace Martin was the only Livingston Parish student who attended the March 24 March for Our Lives rally in Baton Rouge to curb gun violence. Saizan is a gun owner (“we have big guns”) who believes in “responsible gun ownership.” Saizan also thinks that banning a certain type of firearm is not possible.

“Louisiana deserves better,” said Saizan. “I am stepping up because our citizens deserve better health care, education and better paying jobs. Louisiana is not getting the representation we deserve. Our congressional leaders are listening to their corporate donors and lobbyists, not the people.”

Methvin already has some experience on Capitol Hill. While working her way through Georgetown Law School, Methvin was an aide to Congressman Gillis Long and stayed one year after graduation. “I worked on the Hill during the day and went to law school at night.” In the back of her mind, Methvin said she always thought about returning as an elected person.

Methvin sees herself as part of the “army of patriots stepping up to save our Democracy.” “There is a great urgency, a great need to return to a system of government we respect and have confidence in. That’s truly how I feel.”

Thousands of women in Louisiana and across the country are breaking the glass ceiling as they run for office at the state, local and federal level. The women’s campaign training organization Emerge will be graduating their first class, including Tammy Savoie in mid June. More than 50 percent of Louisiana voters are female. Though the road ahead might not be easy, we should expect to see more women serving as elected officials in the near future.