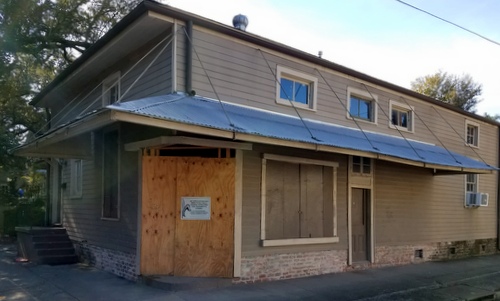 The City Council gave tentative approval to the long-deferred “Love Kreme” ice cream parlor proposed for Louisiana Avenue, but like the similarly controversial Subway sandwich shop on Magazine Street, City Councilman Jay H. Banks said he plans to meet with both sides personally before allowing the ordinance to be drafted.

Reginald Commodore began his journey through the city approval process last September, but his original proposal for the ice cream parlor at 940 Louisiana Avenue included short-term rental apartments that was vehemently opposed by neighbors. Then-Councilwoman LaToya Cantrell sent the project back to the City Planning Commission urging him to apply only for a conditional use for the ice cream parlor, and that version of the project split the commissioners 3-4.

A final decision on Commodore’s conditional-use request was deferred several times by the previous council, and by the first meeting of the new council on May 24, it was on deadline and could not be deferred again.

Commodore emphasized the years he has spent in the neighborhood as a resident and property owner, and said he has found “overwhelming support” from the people he has spoken to about it. He brought a video of 20 clips of people — starting with Jazz Fest poster artist Terrance Osborne and including developer Lex Kelso — voicing their support for the project.

“The truth is, this building was built for commerce,” Commodore said. “The truth is, allowing this building to sit vacant directly undermines the City Council’s efforts to protect and preserve the heritage and history of New Orleans. Bringing it back will revive an old friend the neighborhood has not seen in a while.

“At the end of the day, we’re talking about ice cream — milk, cream and sugar — not Ebola,” Commodore concluded. “I don’t think a little cream and sugar is going to take down the neighborhood.”

Commodore’s request brought six nearby neighbors to the Council who said that despite the fact that the building has an old corner-facing shopfront, it has actually been residential for decades. They also voiced repeated complaints about the conduct of the short-term rentals on the property.

“We have no assurance that he will follow those provisos, and there’s no teeth to make him readily comply with them,” said John Menszer. “There is no need for this restaurant, and it is a huge burden for the neighbors.”

With so little time to dig into the issue after being sworn in, District B Councilman Jay H. Banks asked the council to approve the request, but said he would hold the ordinance allowing the project until more meetings could be held.

“Those neighbors over there are saying they don’t want it, but we have a video of a bunch of people saying that they do,” Banks said. “This is not going to be one-sided. This is all brand new and fresh.”

The Council voted 6-1 in favor of Banks’ motion, with Helena Moreno the only vote against it. At the urging of Council President Jason Williams, Banks reiterated his promise to convene meetings with both the Delachaise neighbors and the ice cream parlor owner.