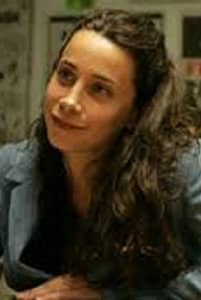 Truthfully, we often cannot just close our eyes to the criminal courts, but instead go through a series of sentiments of trust and mistrust of the criminal courts depending on what we hear from our fellow citizens and from the news media. In fact, citizen and community confidence in our criminal justice system is one of the most integral elements of a civil society. If we do not believe the police or the prosecution will thoroughly investigate, we will be less likely to report crime. If we do not believe the courts are effective or fair, we will
feel it is a waste of our time to appear in court as a juror, witness, victim, or defendant.

Court Watch NOLA is a watchdog that has monitored the Orleans Parish criminal courts for over ten years. The group sends over 100 volunteers into Orleans Parish criminal courts each year to ensure that courtroom actors are behaving ethically, legally and constitutionally. Community members are given eight initial hours of legal education and an opportunity to be messengers both to criminal courts actors (e.g., “We see you and we demand you act appropriately”) and to their neighbors and fellow community members (“This is what this person you elected is doing; let’s now decide if we should we re-elect them”).

We live in an era where citizen engagement has become a benchmark of a functioning democracy. CWN has worked to embolden a widely diverse group of citizens, from former victims to the formerly incarcerated, from the wealthy to the working poor, to become advocates for criminal reform and accountability. There is in fact a collective set of reforms on which all community can agree, a collective language we can all understand as citizens and community members.

When we first experience the criminal justice system, no matter the reason, we are immediately struck by our role as outsiders to a larger complicated and perplexing system. The chasm between the “insiders” (judges, prosecutors, defense counsel, and police) and the “outsiders” (victims, defendants, and the general public) in the criminal justice system undermines the fundamental concepts of democracy. A lack of public oversight in court systems has resulted in a system that silences defendants and victims and allows for a different system of justice depending on the individual’s connections to the system’s players. However, the daily and visible presence of the bright yellow clipboards and brightly colored identification cards of Court Watch NOLA loudly broadcasts the message to criminal justice actors that they are being watched and that the community demands their courts are more ethical, accountable and just.

This column marks the beginning of a series the Uptown Messenger has asked Court Watch NOLA to write to help educate community about the issues, problems, concerns and (yes) progress being made in Orleans Parish criminal courts. In fact, this series furthers Court Watch NOLA’s organizational goal to increase transparency in the courts through public education and thus build citizenry’s confidence in the criminal justice system.

In future columns, Court Watch NOLA will explore substantive issues such as victim treatment in the courts, the lack of transparency in judicial appointment, bail reform, and right to counsel violations that cause defendants to go to jail without the presence of an attorney. In the meantime, visit the Court Watch NOLA website to read our most recent report on magistrate courts, or help support our efforts by participating in Give NOLA Day.

Simone Levine has been executive director of Court Watch NOLA since August 2015. Prior to joining CWN, she served as deputy police monitor within the New Orleans office of the Independent Police Monitor, monitoring major use-of-force cases and disciplinary issues. She previously served as a prosecutor in the office of the Attorney General of New York and as a defense attorney in Manhattan.