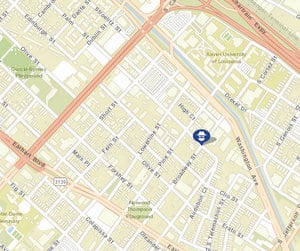 The victims — three men and a woman, ranging in age from 20 to 28 — were near Freret and Joseph streets around 12:45 a.m. Friday, April 6, when a dark-colored, four-door vehicle approached, according to the initial NOPD report. Two armed males got out of the car and demanded the victim’s belongings, then drove away, the report states.

One thought on “Group of four victims robbed at gunpoint on Freret, police say”