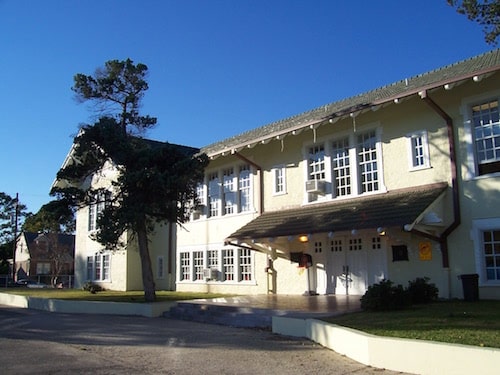 Audubon Charter School’s new Gentilly campus received an explosion of interest from parents this spring by way of 1,200 applications for fewer than 200 spaces, and officials are now preparing for a busy summer of preparations to open the campus in August.

The school has already been assigned 171 students for grades preK-4 through second grade, and will add about 20 more in the pre-K3 grade once that program is approved through a separate process, Audubon officials said Saturday morning at their April board meeting. The school will add an upper grade each year after this one, until it reaches the eighth grade.

On Saturday morning, the board approved a $1.9 million contract for the first phase of renovations at the Gentilly Terrace campus, which will exclusively focus on the first floor and outdoor areas where the youngest students will be. A second phase of renovations for the upper-floor classrooms will be approved later, said board member Eva Alito.

The Gentilly Terrace campus will not have separate Montessori and French tracks like the Uptown programs, but instead will blend the two approaches, said Gentilly Terrace principal David LaViscount. The Montessori structure will be used as a base, and a French immersion program based on Louisiana’s foreign-language immersion standards will be integrated into it, as well as a specialized reading program.

The result will be about a 50-50 split between French and English in Gentilly, compared to the upwards of 90 percent use of French in the Uptown campus. Like Montessori programs, grade levels will be grouped three years at a time, with 3-to-5 year old students in one set of classes, and first and second grade students in a second set (to be joined by third graders next year). That Montessori approach is reflected in the classroom renovations as well, LaViscount said.

“The Montessori philosophy is about making it as much like a home as possible, and less like that traditional classroom, clinical feeling,” LaViscount said.

LaViscount, whose teaching career includes elementary grades in East Baton Rouge and French at Lakeshore High School in St. Tammany Parish while he completes his Ph.D., joined Audubon’s staff as a “principal fellow” this year, working out of both the Milan and Broadway campuses. The Gentilly renovations will take all summer, with the focus on classrooms until the start of school in early August, he said, so he will likely not have an official office there until everything else is done.

“I can work in the hallway,” LaViscount joked. “It’s the classrooms that are most important.”

The board is also working to finalize a lease for the Gentilly Terrace building with the Orleans Parish School Board. The goal, said CEO LaToye Brown, is to obtain a new form of long-term lease for the building that could last as long as 20 or 30 years, but those negotiations are ongoing.

Enrollment is booming at the Uptown campuses as well, Brown noted. While the Milan and Broadway buildings will together serve about 960 students, split roughly equally between the two, the Uptown programs received a total of 2,200 applications separate from those in Gentilly.